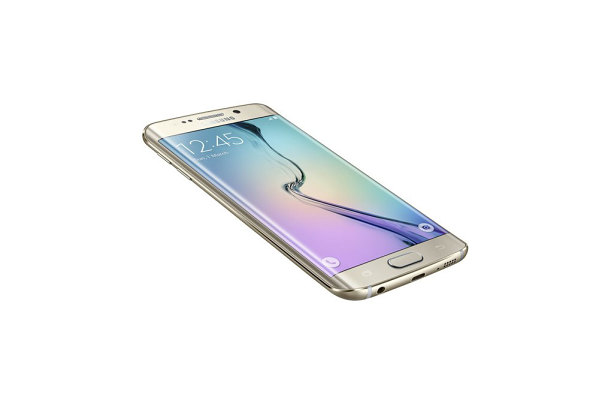 In a smartphone world, where most of the time the big question only is what the new Samsung flagship can do versus what the Apple iPhone can do, the announcement of the Galaxy S6 has of course been much anticipated. Teased earlier, today we get a first details look at the two flagship smartphones of the Korean brand – the Samsung Galaxy S6 and Galaxy S6 Edge. With an emphasis on design, the new Samsung smartphone seamlessly premium materials with the most advanced Samsung technology. Both build from metal and glass, especially the Galaxy S6 Edge turns out to be an interesting new contender in the market, featuring for the first time curved displays on both sides. The body of the phones is made of Corning® Gorilla Glass, coming in an array of colorful jewel tones, including White Pearl, Black Sapphire, Gold Platinum, Blue Topaz and Green Emerald. Furthermore both phones have been outfitted with a newly developed camera on both rear and front, featuring 16MP and 5MP respectively. Also both phones can be charged wirelessly and over a cord charge 1.5 times faster than the previous Samsung Galaxy S5. Samsung also introduces a new mobile payment technology, simply called Samsung Pay. At 6.8mm and 7.0mm, you are looking at two incredible thin phones, full of promising features. Can the new Samsung Galaxy S6 and Galaxy S6 Edge compete with the iPhone 6 and iPhone 6 Plus?