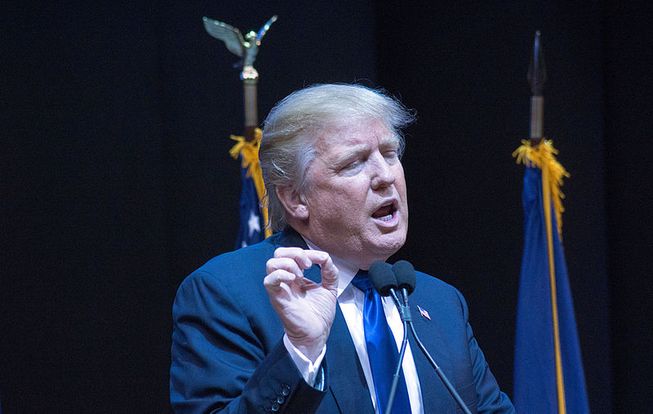 We’ve come a long way from John Kennedy’s “ask not what your country can do for you” and Abe Lincoln’s “four score and seven years ago.” Many of the current candidates for president of the United States have significantly dumbed down their oratory to appeal to voters, according to a new study (pdf) from the Language Technologies Institute at Carnegie Mellon University.

Researchers looked at transcripts of recent speeches by five presidential candidates (Donald Trump, Hillary Clinton, Bernie Sanders, Marco Rubio and Ted Cruz), comparing them to speeches from past presidents and assigning them grade levels based upon the sophistication of the language. Factors such as “readability” and “lexical contents and grammatical structure” were considered.

The candidate who scored the lowest by this measure was Donald Trump, who apparently speaks at a fifth-grade level. Meanwhile, Bernie Sanders speaks at the highest level among current candidates, measuring around an 11th-grade level.

The results didn’t fall abruptly along party lines, however. The speaker to dumb down language the second most was Clinton, who chimed in at an eighth-grade level. That’s significantly up the developmental ladder from Trump, but not exactly grandiloquence either. Clinton’s speeches did vary in level significantly, showing the highest level of “standard deviation” among the candidates. In other words, she changes her vocabulary depending on who she’s talking to.

Trump didn’t do as poorly on grammatical complexity. George W. Bush scored the lowest on that measure. By comparison, Lincoln’s addresses had the most grammatical sophistication.

Overall, the language used by presidential candidates in their campaign speeches averaged out to around an eighth-grade level — hardly the great oratory of Cicero.