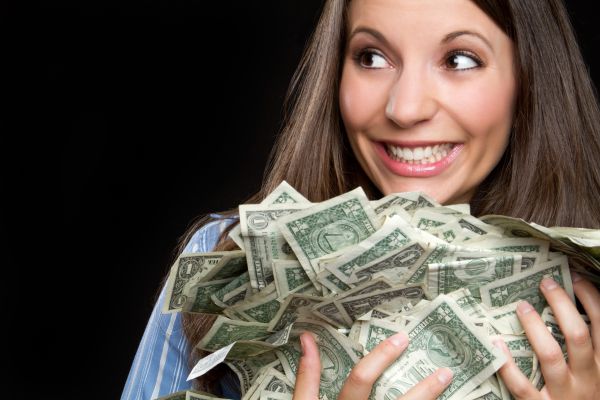 Today is the day. You’re winning Powerball! After all, you bought three tickets!

Once you get that cash, know that things can go sideways in a hurry. Be careful. Start by paying off your school loans, your mortgage, and your ’98 Jetta. Then, when pragmatism has had its day, it’s time to…

Here are some of the most obscenely expensive things you ABSOLUTELY SHOULD do with your $1.5 billion in Powerball winnings:

Make a Commercial With Your Friends to Air During Half-Time of Super Bowl 50!

This year, a 30-second ad airing during Super Bowl 50 will cost as much as $5 million. Factor in the cost of getting your friends together, giving them all a TV-ready makeover, then producing a two-minute spot and guess what?

You’ll still be super rich! Take all your friends to Dubai to celebrate!

But don’t buy just any boat, buy one of these yachts! They have basketball courts, spas, movie theaters, pools, gyms, helipads and sometimes, gold! Also, you’ll need a crew. Is the cast from the original Love Boat available?

Or maybe go for this shapeshifting speedboat and hit the high seas like a goddamn Transformer. Either way, you’ll be on a boat and everyone else won’t.

All the richest people in the world have planes and you should too. You’ve worked hard for that money!

This is an example of a smart financial decision because flying from Cincinnati to Omaha will save you tons of time. Again, a crew is a must. Resist the allure of hiring Harrison Ford. The man can pilot the Millenium Falcon and he’s pretty great at dealing with any security concerns, but clean landings haven’t always been his thing. You’ve got a lot to live for before your team of scientists crack the code for immortality.

Old stuff is really important if you want to be taken seriously as a billionaire. Invest in stuff like paintings, , books, dinosaur bones, cars, and old vintage clothing. Also, old booze. A motto among the super rich is “the older the booze, the bigger the bouge.”

Don’t worry, once you’re rich you’ll be so doped up on glee (and dope) that you’ll find people who speak like that f*cking hilarious.

Go to the Moon!

For a surprisingly reasonable $150 million, you can be among a very small group of people to orbit the moon as early as next year. Kick in a little more and one assumes that you can talk the pilot into letting you land.

Get Yourself an Entourage!

With $1.5 billion between you, your chef, housekeeper, yoga instructor, make-up artist, personal shopper, and chakra checker, you can probably give Taylor Swift’s squad a run for their money. Especially when your chef is the Barefoot Contessa, your housekeeper is Martha Stewart, your yoga instructor is Sting, your make-up artist is Jeremy Renner (he has experience), and your shopper is Oprah.

Maybe you’d like an island like this one in Fiji for $25 million, or this one in Belize for just $6 million. If maintaining an entire island seems like a bit much, how about this $72 million home in Beverly Hills? Amenities include 18 bathrooms to poop in, a guard house with a kitchen so your security is never hungry, and a Greek gym, whatever that is.

You can also drop $200 million on The Playboy Mansion. The property comes with four llamas, a coupon for BOGO pool cleaning, and an old man in a sailor cap named Hugh who you can go on adventures with. We recommended a “no blacklight” policy.

Maybe head to Malta for white truffle and gold pizza at Margo’s. Or try Almas caviar — available for sale at select Caviar House & Prunier stores for $25,000 per can. Buy a few hundred cans and hand them out as party favors or throw them at anyone who dares to wrong you.

Let the peasants bring their lawsuits — you have enough money!

Currently, the price of the Atlanta Hawks rounds out somewhere near $1 billion. After taxes, your fortune isn’t going to be anywhere near that large, but you can still buy a piece of a team, like Jay Z did when he bought just 1% of the Nets for $500,000. You’ve always known that you were just like Jay Z, and now it’s your time to prove that to the world.

People always say you should buy a lottery ticket when you’re having good luck, and what’s luckier than winning $1.5 billion? Is that greedy? Who cares, you’re rich! The rules don’t apply and you’ve got more indulgent stuff to buy!