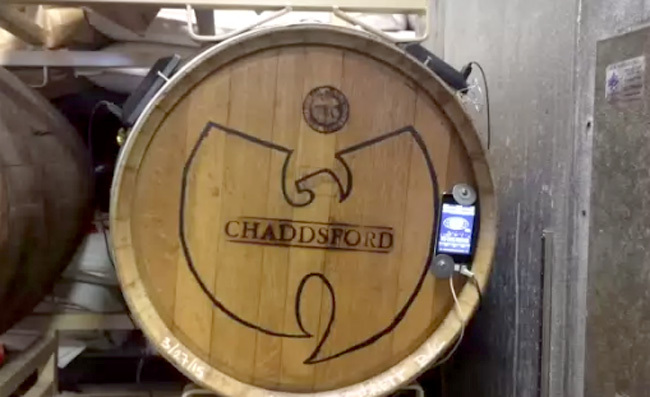 Just a short two miles down the road from the McDonald’s where ODB was famously apprehended, Dock Street Brewery in West Philadelphia has made a golden saison that’s being aged around the clock with the music of the Wu-Tang Clan streaming from Spotify. The beer, appropriately being called “Ain’t Nuthin’ to Funk With,” will be ready sometime later this year and have a “spicy pineapple and orange-tart flavor.”

“I listen to music every day in the brewery and I’ve wanted to do a series of beers based on the music I like,” Desrosiers says. “It’s hardly an original thought but my musical taste is all over the place and Wu Tang seemed like a great place to start.”

“It started as a joke,” Desrosiers says, “and then we wondered if the bass would cause enough vibration to move the yeast around and create some different flavors during fermentation.”

If you’ll recall, Dock Street is the same brewery that conceived the Walking Dead beer brewed with real brains, so this is hardly out of the ordinary for them. Next up, Desrosiers is planning to make a Run the Jewels-themed beer.