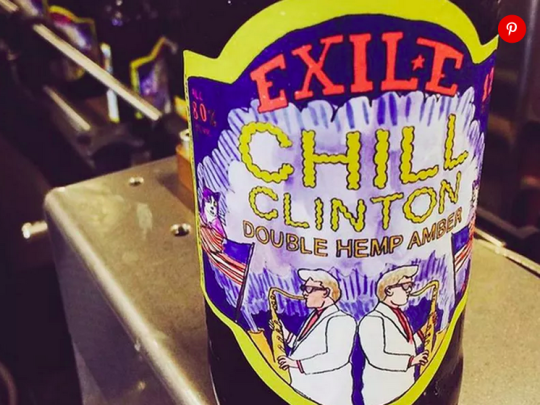 It may come as no surprise that former president, sax player, and generally all-around chill dude Bill Clinton had a beer created in his honor: Iowa’s Exile Brewing Co.’s Chill Clinton, an amber ale infused with hemp seeds. (Remember kids: He didn’t inhale.)

The brewery even presented Hillary with a four-pack of the beer, which she presumably took home to husband Bill so they could kick back with a drink while he jammed out on the sax. (Probably.)