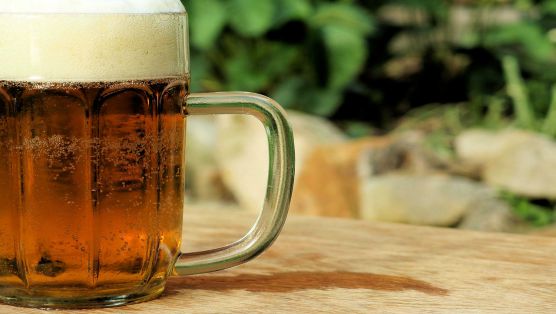 Still ordering beers in a “frosty” mug? Stop it.

That glass may feel cool, but what it’s doing to your beer is anything but. Frozen beer glasses can have ice crystals on the side of them that can cause foaming issues when you pour in your favorite brew. Even worse, the extra cold temperature is actually masking the flavor of your beer, not enhancing it, so you’re missing out on some of the flavors the brewer intended and ending up with a much blander-tasting beer when you opt for a frosty glass.

Also, depending on your freezer, you could be mixing in some other flavors into your brew by using that frozen glass. Chip a few pieces of frost off the side of your home freezer, let them melt, and then take a sip. Doesn’t taste too good, right? You’re mixing those same flavors in with that beautiful IPA you just opened. Gross.

The idea serving temperature for beer is between 40-55 degrees Fahrenheit. Instead of reaching for a chilled mug, you should always drink from a room-temperature glass, pouring in brew you’ve chilled in your fridge beforehand. You beer will still be cold, and it’ll taste a heck of a lot better.

You can thank us later.