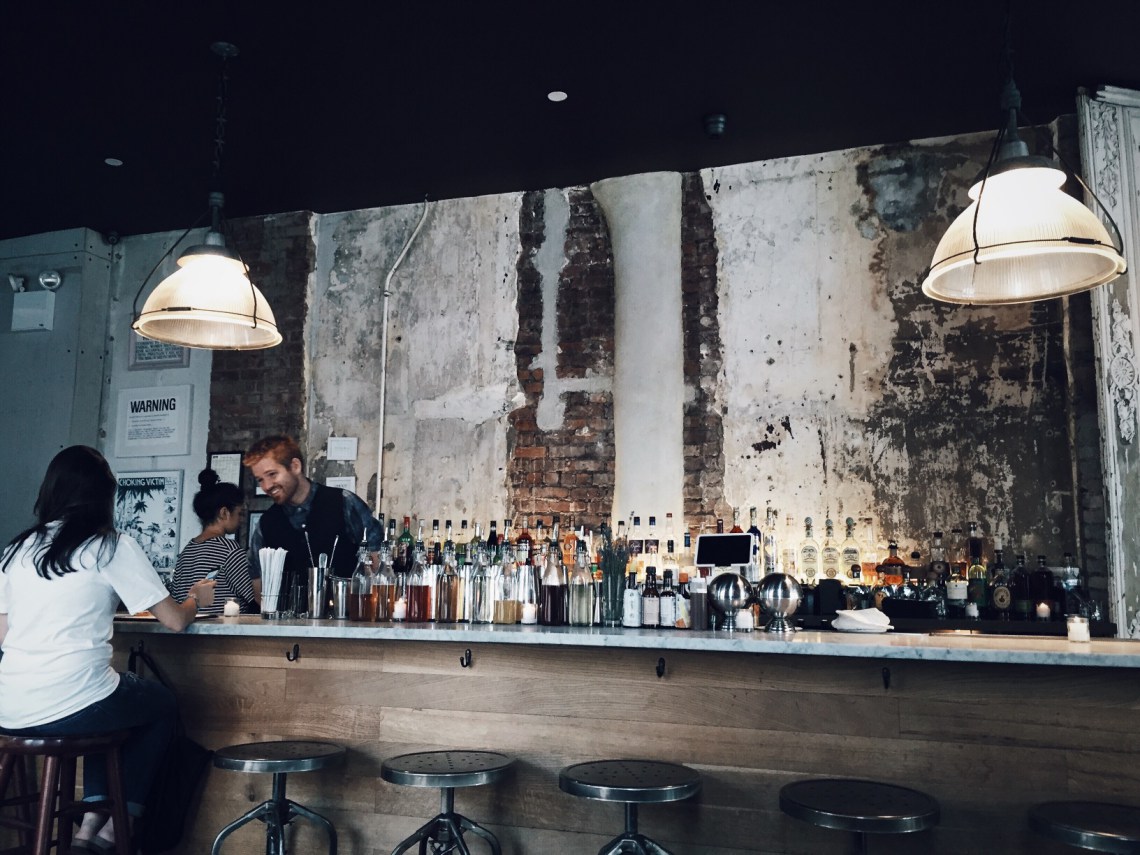 Whether you’re attending a night out on the town or maybe even your little cousin’s 10th birthday party, if there’s booze, The Fighter drunk will find a way to draw blood. There’s no stopping them. Somewhere inside of these people there exists a real-life hulk whose childhood angst must be played out over and over again across the canvas of present time. The paint? Blood red. The brush? Fists. The end result? A masterpiece of bruised friendships, hospital bills, and the occasionally tight pair of handcuffs.

The Fighter drunk fights because they must fight, because they haven’t yet had to courage to sit down with a good therapist. And even when they aren’t directly involved in a physical conflict, they’ll cheer one on just to amuse themselves, to satisfy that nameless primal lust for bone crushing chaos. This doesn’t mean to say that Fighter drunks aren’t a good time, but you’d better be prepared to join the brawl, get beat down, or spend the night in jail if you want to party with these guys.

Before the night even begins, there’s a backstory you don’t know about, which later makes the yelling and screaming difficult to understand. Unbeknownst to members of the outing, The Drama Queen drunk is already involved in a complex web of social espionage that MUST and WILL be exposed just as soon as liquor can be secured within their bloodstream. Soon, all the lies, deceit, and contempt they’ve been holding inside for the past 10 years is going to crash into the room like a tsunami wave. I use the term “tsunami wave” with a keen sense of purpose in that storyline of the Drama Queen drunk will absolutely drown everyone and everything out. These kind of drunk people will consume the entire evening with lavish displays of crying, screaming, and arguing that would make the Maury Povich show look like damn monastery.

No scientific nor metaphysical mystery is beyond the keen powers of this drunk to solve. Existentialism? You got it, bro. ALL. NIGHT. LONG.

The Philosopher drunk exploits the relaxing effect of alcohol in order to tune out their own lives and tune into something much bigger. What attention span they lack while sober, becomes infinitely large while under the influence. Are human beings the result of an extraterrestrial breeding program? Are the planets of our solar system merely the sub-atomic components of quantum mechanics? Why do they call it soy milk when it doesn’t come from animal organs? Doesn’t that make it soy juice? Whatever the question, the Philosopher drunk has the answer. Whatever the doubt, they’ve got the theory.

Honesty has its merits to a point—that point being the threshold of obnoxiousness and just short of becoming a complete asshole. The George drunk has no concept of this and prefers to cross the lines of relevance and grace under the guise of “just saying.”

Prepare for the “should haves” and “if I were you” injections during a very uncomfortable segment of “you can’t get mad at me for telling the truth, bro.” Being honest in the best interest of others is one thing; borrowing the cover of alcohol as a means to air out your silent contempt for someone is another. By insisting that their honesty is indeed valuable stuff, The George unilaterally reserves the right to pass ill judgment against you while simultaneously coming to your rescue.

While The George can be annoying at best, they’re a reminder of something more sinister about the nature of truth-tellers, something the writers of history forgot to mention about the story of George Washington and that stupid cherry tree: it was all a lie.

Do I even need to elaborate? We all know this one. And, most likely, we’ve all been this one at some point or another. The Flirty Whore drunk brings new meaning to the term “social butterfly” if butterflies drank alcohol — and were whores. Wings spread far and wide, this drunk will gravitate to anyone and anything that will pay them attention. And for those that do pay attention, they’re adorned with accolades of touching, eyeing, and a caliber of sexual flattery that could make even a celibate nun think she had a shot.

Known for their ability to be a social lubricant, Flirty Whore drunks usually don’t require any lubricant in the bedroom (but mostly because people generally try to avoid sleeping with them in the first place).

Nothing says “I had a wild night” like jail time. The Anarchist always insists on shattering the rules of society — even when those rules have been signed into law. Trespassing on private property to go swimming in someone’s backyard? Piece of cake. Illegal gambling rings? Let’s do it. Steal a case of water from the maids’ supply room at the hotel? Just watch me. No crime is too petty and none carries too heavy a penalty for The Anarchist drunk, because if felony charges haven’t been filed, they didn’t party hard enough.

Usually the more inexperienced drinker of the group, The Patient has trouble handling their alcohol beyond the skill level of a college freshman. It’s pathetic, really. Because every time you and your crew goes out drinking you warn them, “Don’t mix, and don’t get sick this time.” And every time they tell you, “I’m cool.” Well guess what? They’re not cool. Ever.

Handling your drinks like a newborn child doesn’t make you a badass drinker — it makes you a liability and a drag. Nobody works 45 hours a week to tie you a bib and make sure you don’t die in your sleep. When someone’s drinking skills haven’t matured to a level that avoids sleeping with a toilet bowl EVERY NIGHT they consume alcohol, everyone pays for it.

The Patient drunk is most immature and embarrassing drunk.

With every volatile — and potentially explosive — situation involving alcohol, there exists someone there to diffuse it. This is the Peacemaker drunk. The Peacemaker will say and do anything to soothe the tears, wounds, and social mayhem created by those around them. Their call to diffuse social fireworks does not come as a result of their compassion for others in pain, but rather, for the hope that just once they might enjoy an unspoiled night out. You see, the “peace” they seek to make, though it benefits others, is really for themselves. The Peacemaker is by far the most mature of drinkers and the likeliest of people to save your life.

Which drunk have you been lately?