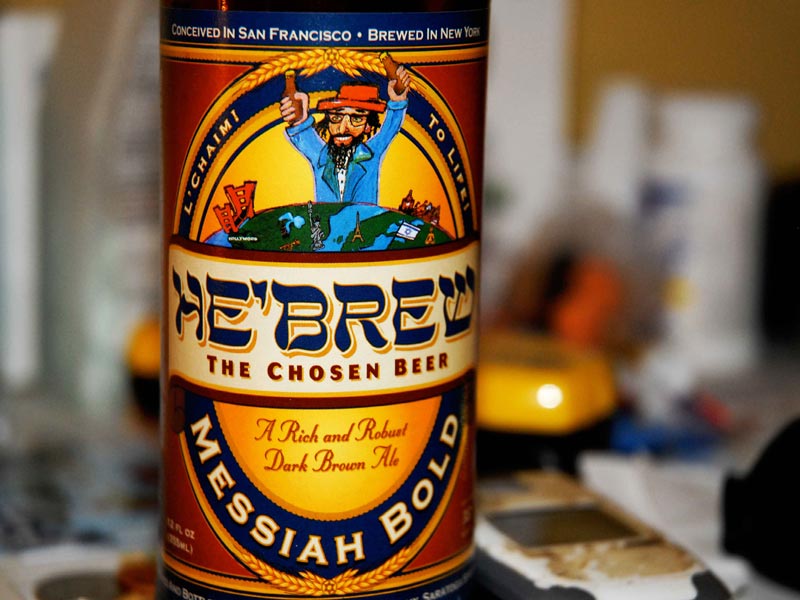 Here’s one way to toast the start of Hanukkah: Head to your local liquor store at sundown for some He’Brew: The Chosen Beer brews by New York-based Shmaltz Brewing Co.

Reunion Ale ’14 — A Beer for Hope, a collaboration with Georgia-based Terrapin Beer Co., is a dark imperial brown ale brewed with toasted coconut, vanilla, cinnamon, coffee and cocoa nibs. A portion of proceeds benefits the Institute for Myeloma and Bone Cancer Research.

Rejewvenator, a mix between a Belgian-style dubbel ale and a dopplebock European-style lager, was brewed with California merlot wine and Concord grapes from New York.

St. Lenny’s — The Immaculate Collaboration, a Belgian-style rye double IPA, was brewed in partnership with Cathedral Square Brewery in St. Louis. The boozy beer is 10 percent alcohol by volume.

Jewbilation 18 celebrates He’Brew’s 18th anniversary with 18 malts and 18 hops. The black session barleywine is not 18 percent alcohol by volume (that would be a little much) but it’s still a winter warmer at 12.4 percent ABV.

The 5th Annual He’Brew Gift Pack comes with eight bottles of special release Shmaltz beers — one for every night of Hanukkah. Jewbilation 18, Hanukkah, Chanukah: Pass the Beer, Reunion Ale ’14 — A Beer for Hope and St. Lenny’s — The Immaculate Collaboration are all included in the gift pack. Also inside: A custom glass, Hanukkah candles and instructions on building your own beer menorah.