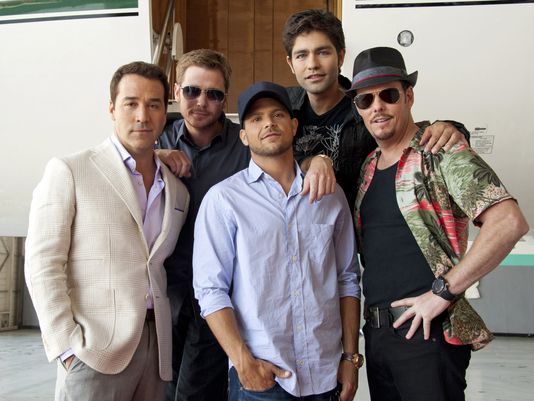 Word first hit the streets that HBO would be releasing an ‘Entourage’ movie back in 2012, and while we were excited to see what was in store, several setbacks had many fans thinking the project would never see the light of day. Well fans rejoice, because today brings us the first official teaser trailer for the big screen adaption of ‘Entourage.’

The whole crew is getting back together for one last adventure as Vince, E, Turtle, Drama and Ari make their big screen debut. The show ran for eight seasons on HBO from 2004 through 2011, and although the summer 2015 release is a bit later than we would have liked, we’ll definitely be checking this one out in the theaters. There are star appearances from the likes of Mark Wahlberg, Emily Ratajkowski, Calvin Harris, and even Ronda Rousey as Turtle attempts to go 30 seconds with her in the cage for the right to a date night (60 seconds for the whole enchilada). The film will be released in theaters on June 5th.