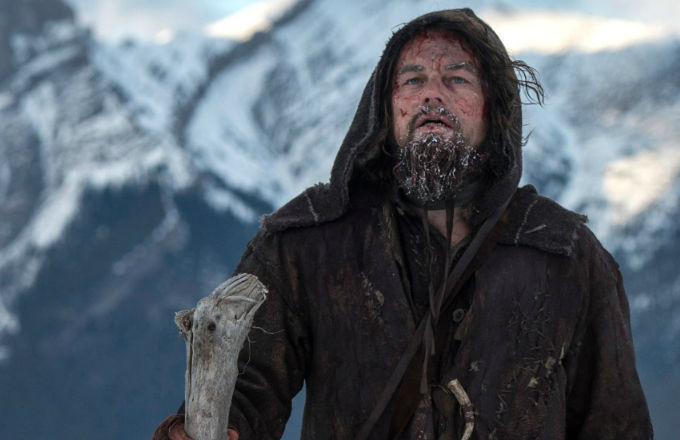 If the current U.S. box office figures are any indication, then everyone not trapped by this weekend’s East Coast blizzard mess opted instead to battle the elements with noted thrill expert Leonardo DiCaprio. After finishing second for two weeks in a row, The Revenant finally climbed to the top with BBC‘s current estimate of $16 million. Star Wars: The Force Awakens and Ride Along 2 rounded out the top three, with blizzard-battling hauls of $14.3 million and $13 million, respectively.

“[The weather] probably altered the box office 10 or 12 percent overall,” Paul Dergarabedian, a senior analyst for Rentrak, tells BBC. “This was never predestined to be an earth-shattering box office weekend anyway.” Dirty Grandpa, a film which will surely warrant Oscar nominations for Zac Efron and Robert De Niro, opened in a modest fourth place with $11.5 million, just a few bucks ahead of The Boy at $11.3 million.

With a current total domestic gross of over $119 million, 2016 is most certainly shaping up to be (finally) the Official Year of Leonardo DiCaprio. Please bestow upon him that Oscar, lest we risk some sort of takeover by way of his growing number of imposters.