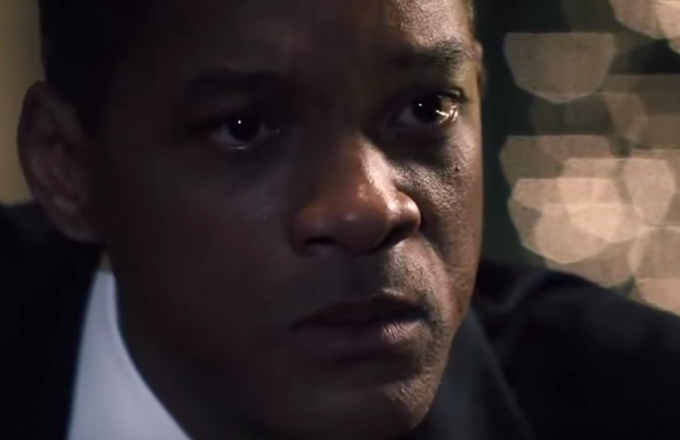 The NFL is in the midst of a PR nightmare.

Despite the continued prevalence of domestic violence issues and the various DeflateGate-style scandals that hit the league, no topic is more sensitive for the NFL than player head injuries. After the release of a revealing ESPN story about Chris Borland—the ex-49ers linebacker who retired at age 24 out of fear of long-term brain damage—the league is most certainly on edge about anything concerning the 10-letter “C” word.

Now, just 10 days before the start of the season, a trailer for a new Will Smith movie with that word as its title has been released:

Concussion is the story of Bennet Omalu, the doctor responsible for the discovery of Chronic Traumatic Encephelopathy (CTE). In layman’s terms—he found a condition caused by repeated blows to the head that has drastically impaired the lives of many current and former NFL players.

CTE was found in the brain of Hall of Fame linebacker Junior Seau when he committed suicide in 2012, and is said to be the reason why Seau—and several other players who have taken their lives after their playing days—opted to shoot himself in the chest instead of the head. He wanted to have his brain studied after his death.

The NFL has already had discussions about Concussion at an ownership meeting in May. It will be interesting to see how the league (and fans) react when the full film is released in on Christmas.