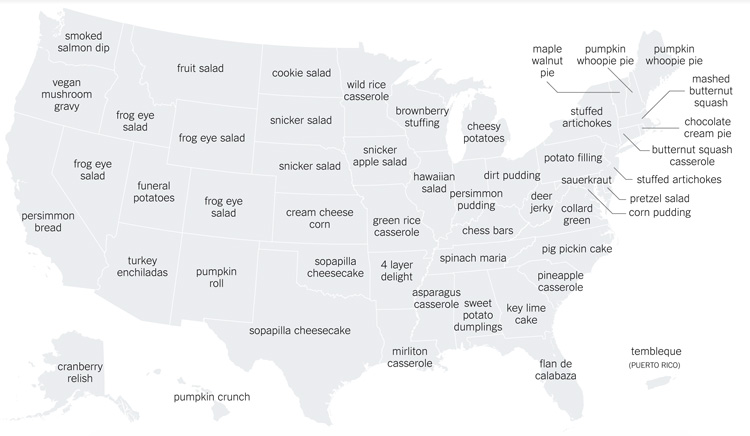 The New York Times has a map of the United States detailing the most “distinct” Thanksgiving recipes Googled by each state. The results were compiled by Google, tossing out obvious choices like turkey and stuffing, instead focusing on unique foodstuffs, such as “frog eye salad” in the Rocky Mountain States and the “pig pickin cake” of North Carolina. The map was created in part due to fallout from a recent Thanksgiving map designed by the paper to reflect “recipes that evoke each of the 50 states.”

image via The New York Times