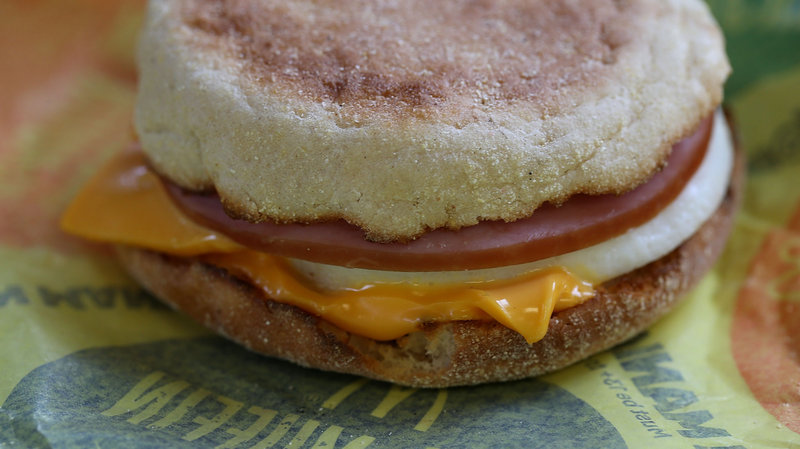 Reader D. is disappointed in all-day breakfast at McDonald’s. Not because it exists, but because he lives in an area that offers biscuits and not McMuffins on its all-day breakfast menu. He wondered whether we could provide a service to our readers by making a nationwide map that shows which markets have which breakfast breads. We can’t, because McDonald’s already did.

Thanks to Burger Business for alerting us to the existence of this map.

Unfortunately, this map doesn’t drill down to the town or county level, or to individual locations, but it does give you an idea of which regions are serving McMuffins and which are serving sandwiches on breakfast biscuits. D. probably lives in one of the border areas of Ohio, but the good news for him is that most of the state is McMuffin territory.

The menu varies according to the franchisee’s preferences and what individual restaurants can accommodate. A terrible rumor spread nationwide today that hash browns aren’t on the menu: this is not true, and about 90% of locations serving the breakfast menu are serving hash browns.