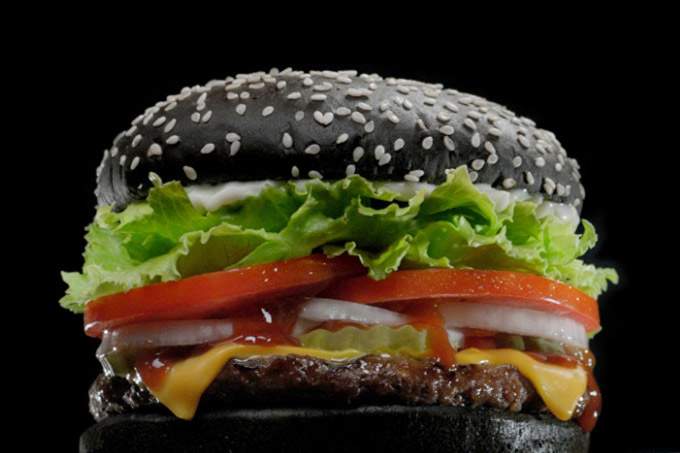 The American version actually gets its blacker than a vampire’s soul look from A.1. sauce that’s baked into the bun. The A.1. sauce is like, SUPER evil though, so it’s extra spooky, you guys. Rumor has it they even grill “666” into the patty.

Okay, I actually made that last part up, but feel free to spread the rumor.

I think that aside from eating a black hamburger that will probably have me taking a poo that’s unnaturally black a half hour later, the coolest thing about this burger is the wrapper.