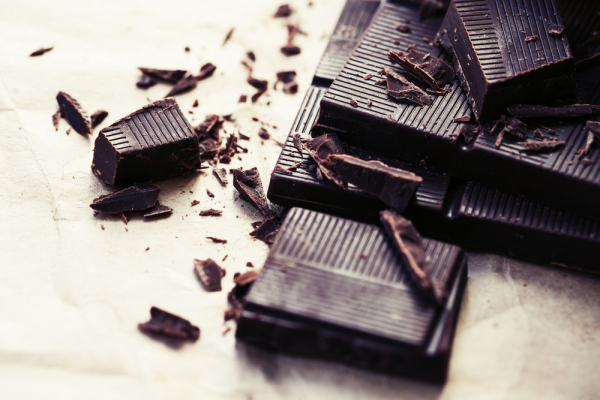 We’ve all heard about the health benefits of dark chocolate. The antioxidants in the cacao, lower blood pressure, etcetera, etcetera. The problem is, cacao on its own is… not so tasty. (If you doubt us on this, just go to your pantry and see what happens when you eat a piece of baker’s chocolate or a spoon of pure cocoa powder. Yum.) The other problem is, the bad parts of chocolate — the sugar and the fat that make it so damn tasty — generally outweigh the benefits that come from the cacao.

Enter Gregory Aharonian and Boston-based Kuka Xoco chocolate. Aharonian’s main goal in life, it seems, is to banish sugar from our diets altogether (at the World Chocolate Forum in London last week, he described it as “the next nicotine”), and his chocolate is a step in the right direction.

What’s so different about it? The use of coca plant extract. Coca is the plant that cocaine is derived from but Aharonian’s coca leaf will be processed so that it doesn’t have psychotropic effects (probably produced by the Stepan Company, who also provides cocaine-free coca extract to Coca-Cola). This extract aids in decreasing the bitterness of the cacao. Meaning, a higher percentage of the good stuff and a lower percentage of the bad stuff.

“Using micrograms of coca plant extract, we can de-bitter unsweetened cacao,” Aharonian said. “This eliminates the need for sugar, sweeteners and much of the fat in chocolate, unleashing the medical benefits of cacao.”

The prototype bar introduced last week has just 35 percent sugar and fat in it, and the company isn’t stopping there. They ultimately hope to release a bar containing just 10 percent sugar and fat. No word on how the bar tastes until next year, when this medicinal-chocolate is slated to appear on shelves.