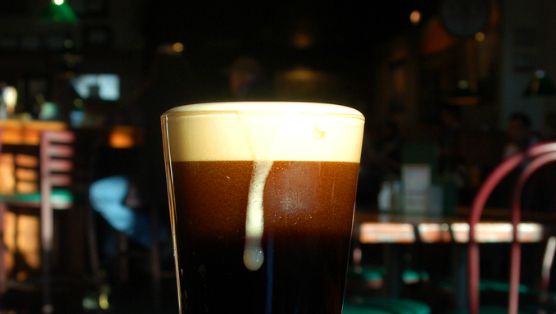 Nitrogen has many uses, including preventing the oxidation of beer, wine, juice and other beverages and freezing and cooling food. It can even be added to beverages like beer or coffee in place of carbon dioxide, which is exactly what coffee-drinkers are doing today, according to Eater.

Nitro coffee is the latest drink craze that infuses coffee with nitrogen to create a creamier, foam-filled beverage similar in appearance to beer. Nitrogen bubbles are smaller and denser than those of carbon dioxide, resulting in a smoother, richer consistency.

Mike McKim, founder of Cuvée Coffee, tells Eater that his shop was the first place to offer its 71 Classic Blend in nitro taps and was the first to offer nitro coffee in a can.

Other coffee shops have since offered nitro coffee on tap and in cans.

Oregon company, Stumptown released its own canned nitro coffee this past April.

San Francisco company, Highwire Coffee Roasters, offers a Howling Wolf nitro coffee that is designed to emulate the taste and mouth-feel of a Stout beer with notes of chocolate, barley, malts and orange peel.

Nitro coffee can be consumed straight from the can or on the rocks. Syrups and other flavorings can also be added to this fizzy new drink along with dairy and non-dairy milks.