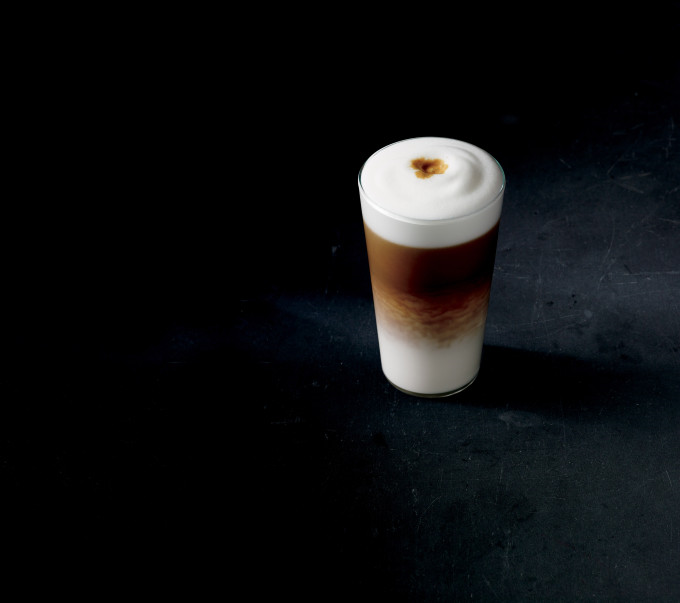 Every now and then, Starbucks adds a new drink to its permanent menu and customers get all frothed up over it. But sometimes there’s a ton of buzz over something, and we’re left wondering if we even understand what everyone is so excited about. Case in point: Starbucks has announced it’s adding a Latte Macchiato to the menu Jan. 5. Okay, fine, but what exactly is a latte macchiato?

Even if you’re the kind of person who orders a latte every day, or guzzles a caramel macchiato religiously on Saturday mornings after your early spin class, that doesn’t mean you may automatically understand exactly what Starbucks’ new drink is. After all, there was a time when your average person didn’t know what a frappucino was, until Starbucks told everyone.

“The Latte Macchiato is just two ingredients – espresso and milk – combining perfectly aerated whole milk free-poured, creating a meringue like foam, and then topped with two full, roasty espresso shots which are slowly poured through the foam ‘marking’ the milk with a signature espresso dot,” reads a description from a Starbucks spokesperson, via Buzzfeed News.

In other words, compared to the Flat White — another new-ish addition to the Starbucks menu — the Latte Macchiato has larger, standard shots of espresso, and it’s more than what you’d get in a latte as well. That results in a stronger espresso flavor, Starbucks Coffee Master Angus Maxwell explained to Buzzfeed News.

Sure, it might be too much work to discern between an espresso, a latte, a latte macchiato, and a macchiato macchiato (is that a thing? Not yet, but who knows). But it could help Starbucks bring in more customers, so it’s worth a shot for the company (pun intended). The Flat White wasn’t a sure thing when it launched early last year either, Buzzfeed News points out.

“I didn’t think it was a big idea. I was wrong,” said Starbucks CEO Howard Schultz at a conference last spring. “Flat White has been a runaway of success for the company.”

Starbucks has a handy guide to help folks navigate the caffeinated waters of its espresso menu as well: