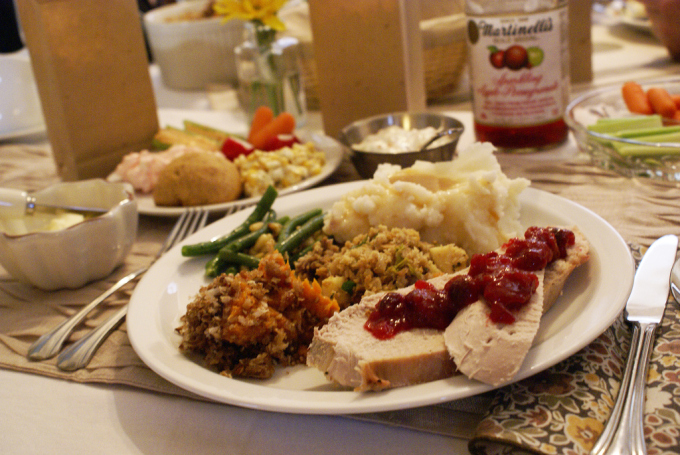 It’s only a couple of day until Thanksgiving, which means you’re probably getting your shopping list ready for the big day of feasting. Prepare yourself for (slightly) higher prices than last year, as experts predict that the average Turkey Day dinner will cost more than $50 for the first time ever.

Though we’ve already been told that avian flu and pumpkin shortages won’t have a huge effect on prices this year, turkey prices are up 6.4%, the American Farm Bureau Federation said in a statement.

You’ll be saving a few cents on other items this year: a gallon of whole milk will cost $0.14 cents less than last year, and whipping cream, fresh cranberries, green peas, miscellaneous ingredients and a relish tray will cost you anywhere from $0.03 to $0.30 less than 2014.

“Retail prices seem to have stabilized quite a bit for turkey, which is the centerpiece of the meal in our market basket,” John Anderson, the farm group’s deputy chief economist, said in a statement. “Despite concerns earlier this fall about pumpkin production due to wet weather, the supply of canned product will be adequate for this holiday season.”