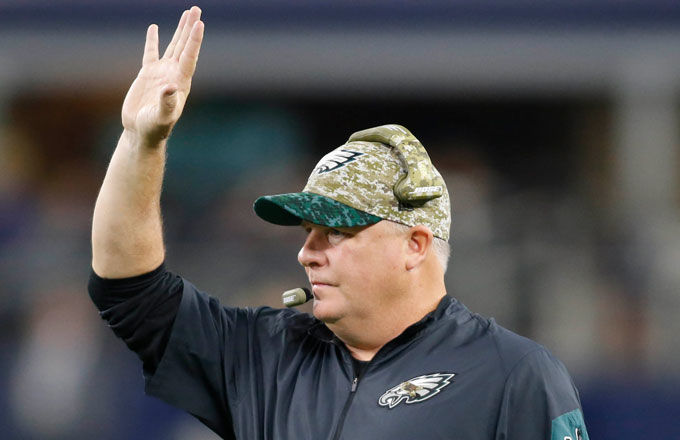 Chip Kelly appears destined to be the latest in a long line of great college coaches bounced from the NFL after a 45-17 beat down courtesy of the Bucs this past Sunday. And even though the NFC East is a rotting diaper, and his Eagles still have a chance to win it by default, they’re also 4-6, a likely fall from the 10-6 record they posted in each of his first two seasons.

As you know the NFL is all about “What have you done for me lately?” and after a number of high-profile moves brought about by Kelly this past offseason have backfired, management is reportedly growing impatient with one of the few coaches in the league who has complete control over his roster. This is all according to a man who does nothing but monitor the NFL, Adam Schefter, who also believes Kelly feels the same way about management:

“The momentum and signs seem to be piling up against a Chip return to Philadelphia. I think both sides are sick of each other. I think the fans are tired of him, I think he’s tired of the situation there – just my read from afar … I just think that Chip Kelly, if given a choice, might be comfortable elsewhere …”

Schefter’s comments appear to contradict Kelly’s own, made earlier in the day, about returning to college where there’s roughly a million great (and vacant) head coaching opportunities available.