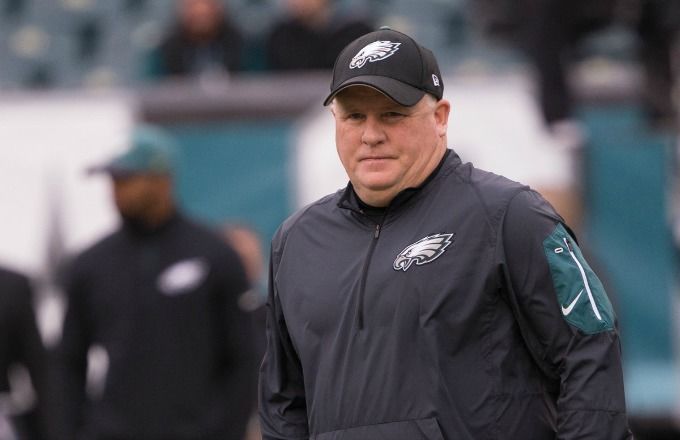 Chip Kelly was fired as head coach of the Eagles with one game remaining on the schedule, but the team’s dismal 6-9 record to that point was just part of the reason why.

Kelly’s style was more of a dictatorship than a democracy, and there’s no question that his lack of interpersonal skills contributed to his demise.

But the reason he got the job in Philly was due to his revolutionary ways on offense, and coaches at the NFL level are constantly given multiple opportunities to see if they can make things work with different personnel in a new situation. So, not surprisingly, Kelly has reached out to another organization to try to get another shot.

The 49ers fired first-year head coach Jim Tomsula on Sunday, and Kelly has expressed interest in the now vacant position, according to ESPN’s Adam Schefter. The Niners have had three coaches in three seasons, and Tomsula had never been more than a position coach in the league before getting the chance at a head coaching position this year.

One of the things that could make Kelly an interesting candidate in San Francisco is that his offense could be a good fit for the skill set of Colin Kaepernick, who once looked like the future of the franchise but was benched this season. If 49ers owner Jed York and General Manager Trent Baalke think Kelly is the coach who could get Kaepernick back on track, that would make Kelly a strong candidate.

Kelly will more than likely be back at some point. But he may have to change the way he interacts with people in order to find a sustained level of success.