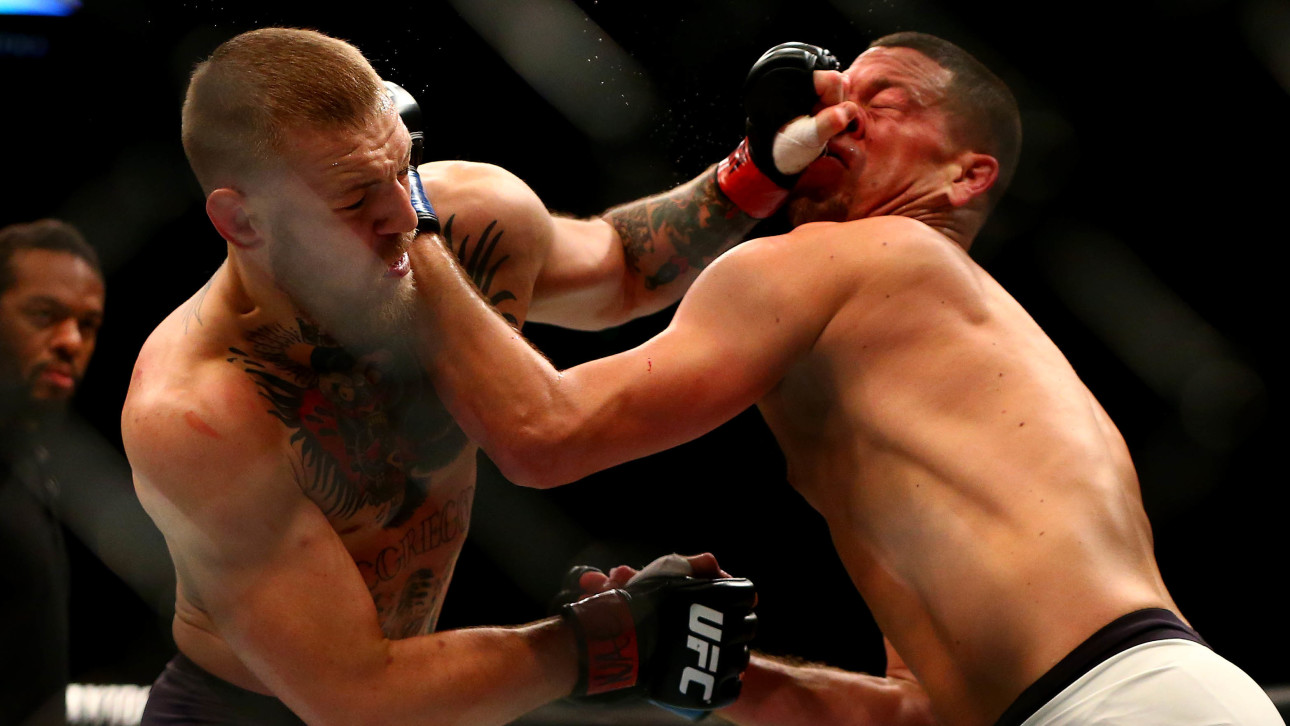 UFC blowhard Conor McGregor’s shocking loss to Nate Diaz on Saturday night proves once again that being immortalized on a video game cover is a surefire way for UFC fighters to demonstrate their mortality. Every UFC fighter to make it onto the cover of an EA Sports game has similarly toppled, according to a Vocativ analysis.

McGregor, a mixed martial artist from Ireland, went undefeated in seven featherweight bouts at the Ultimate Fighting Championship before Saturday’s loss. After his championship win against Brazilian Jose Aldo in December, EA Sports revealed McGregor would join Ronda Rousey on the cover of its latest UFC video game, thus spelling disaster for the 27-year-old—if you believe in the dreaded EA curse.

Just like the infamous Madden curse, the EA curse has it that as soon as a rising star becomes ubiquitous enough to have their face appear on the cover of an EA Sports video game, said star begins a nosedive.

McGregor’s decline was immediate: His ill-fated attempt at jumping two weight divisions to take on welterweight Nate Diaz Saturday night was his first fight since EA Sports announced he will feature on the cover of UFC 2, due for release on March 15. Other UFC stars have taken longer to fall, sometimes not facing loses—either inside or outside the Octagon—until many months after they were featured on a video game cover.

Like McGregor, Rousey endured a similar plummet from the loftiest heights of UFC super-stardom, which included appearances on Jimmy Fallon and Ellen. Rousey had six straight wins in the women’s bantamweight division of the UFC, all of which were title fights. But on November 13 last year, EA Sports announced it was putting the defending champion on the cover of UFC 2, and 24 hours later, Rousey suffered the first knockout of her MMA career and seceded her belt to Holly Holm.

The EA curse also latched onto both cover stars of the original EA Sports UFC video game: Alexander Gustafsson and Jon Jones, whose downward spiral could be the clearest sign of the curse’s existence. Jones is a onetime light heavyweight champ who was the first UFC fighter to appear on the front of an EA Sports game, announced in November 2013. Since then, his career has since been knocked out cold. Three months after the UFC slapped Jones with a $25,000 fine for testing positive for cocaine, he broke a pregnant driver’s arm in a hit-and-run, and was stripped of his UFC title. In September, he was handed up to 18 months of supervised probation.

Gustafsson never held the light heavyweight title, but he was featured alongside Jones on the first UFC game after winning a fan-decided vote. While it initially looked like he’d escaped the curse by winning his first fight following the big cover reveal when he defeated Jimi Manuwa in March 2014, he’s since lost two fights in a row for the first time in his career.