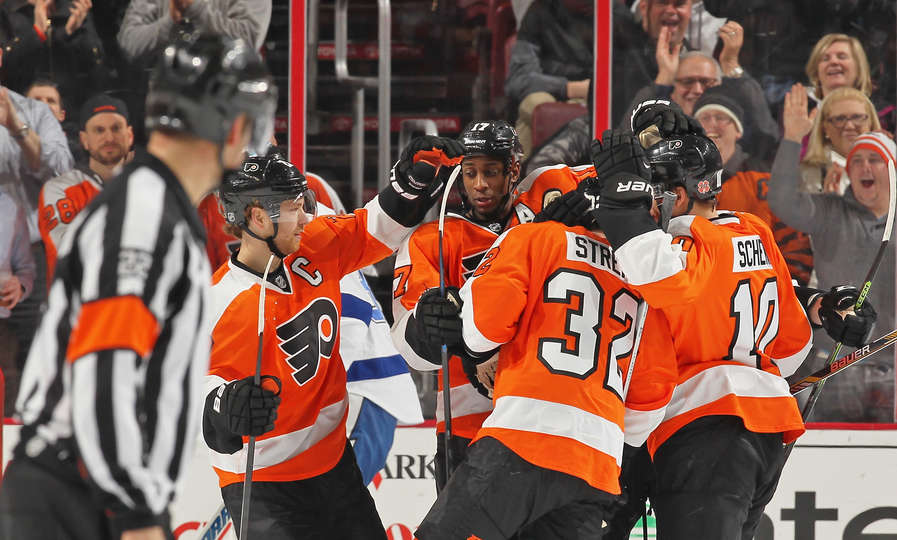 The Tampa Bay Lightning came two wins shy of hoisting their second Stanley Cup last spring. Despite their attempts to temper any expectations, they’re supposed to complete the job this season.

The Lightning attempt to get 2015-16 off to a strong start by continuing their home dominance of the Philadelphia Flyers on Thursday night.

Tampa Bay held a 2-1 lead on Chicago in last season’s Cup Final but dropped the next three games while being outscored 6-2.

The Lightning (50-24-8) beat Detroit, Montreal and the New York Rangers in a playoff run that followed a franchise record in wins and points (108), making them Eastern Conference favorites again.

“There’s no guarantee we’re getting back to the finals this year,” general manager Steve Yzerman said. “I think 29 other teams would disagree with it being our turn” to win.

Right now, Yzerman may be more concerned with signing Steven Stamkos to a long-term contract as he enters the final season of a five-year, $37 million deal. Stamkos finished second in the NHL with 43 goals in 2014-15, but he had none in the final eight playoff games.

The Lightning, who went 32-8-1 at home last season, aren’t revealing if Stamkos will remain at center or move to right wing, where coach Jon Cooper used him during the playoffs.

“Does that necessarily sit here and say that (Stamkos) is going to be playing on the wing? No, it’s not. Center is his natural position, and we’re going to put him in the best spot that’s going to help our team and help (him).”

Facing the Flyers (33-31-18) should certainly help him. Stamkos has 18 goals and nine assists in 23 career meetings, finding the net 10 times while adding four assists over the last nine.

Tyler Johnson has nine points in seven career matchups with Philadelphia. The center is looking to build on his breakout 2014-15 season, tying Stamkos for the team lead with 72 points — 22 more than his total as a rookie in 2013-14.

Johnson was also a terror in the playoffs, leading Tampa Bay with 13 goals and 23 points. He’s expected to be back on the thrilling “Triplets” line with Nikita Kucherov and Ondrej Palat, who combined for 38 postseason points after getting 128 in the regular season.

Ben Bishop should again get the bulk of the work in net after going 40-13-5 with a 2.32 goals-against average last season. He’s returning from offseason groin surgery after the injury forced him to miss Game 4 of the Cup Final.

Philadelphia, which finished sixth in the Metropolitan Division, is beginning the process of trying to get back to the playoffs, and they do it with a new and unfamiliar face behind the bench in coach Dave Hakstol, formerly of North Dakota.

Hakstol is the first to make the leap from college to the NHL since Bob Johnson went from Wisconsin to Calgary in 1982.

“I had a list of things that I wanted from a head coach, and went down the checklist in my mind and every box was checked except for the NHL experience,” general manager Ron Hextall said. “Quite frankly, for me, that was one that was least important. No different than a rookie player.”

Hakstol has already proved valuable, visiting the Czech Republic to convince Jake Voracek to sign a $66 million, eight-year contract. The right wing led the Flyers with a career-high 81 points last season.
Steve Mason is expected to be in net after going 18-18-11 with a 2.25 GAA last season, but the Flyers shored up the position by signing Michal Neuvirth as a backup.

They also signed forward Sam Gagner, but Hakstol has already made him a healthy scratch for the opener.