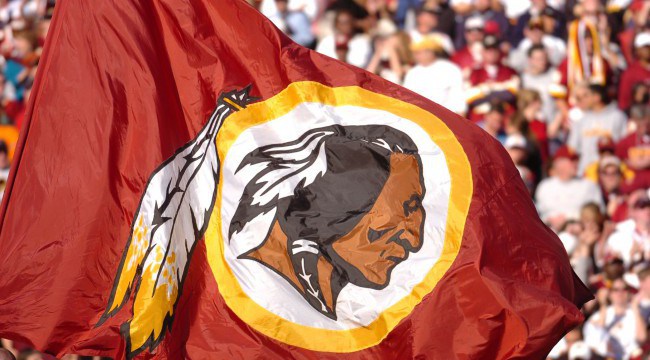 NFC East rivalries, seemingly more than any other division in the NFL, tend to ignite the most primal behaviors between the fanbases and teams. Philadelphia is by far the most complicit in this behavior, evidenced by the small jail originally placed in Lincoln Financial Stadium before being done away with after two season. However, it is now the Eagles who are exhibiting good and noble behavior. For their Week 4 matchup with Washington, the Eagles have chosen to leave the controversial term “Redskins” off their media guide.

The debate around Washington’s nickname heated up during the offseason and it appears the Eagles have taken a silent, but noteworthy stand. Washington’s nickname doesn’t appear in the media guide, while Philadelphia’s previous two media guides say the opposing team’s nickname on the cover. The use of language could be a decision made at the top of the Eagles organization. The Washington Post noted that Chip Kelly refrained from using the term during his weekly press conference:

In addition, at Chip Kelly’s news conference Wednesday, the coach never used the word “Redskins” during 12 minutes of questions and answers. Here is a sampling of his comments about his upcoming opponent:

“[Cody Parkey] has been down at Washington’s stadium, he’s been in our stadium…”

[When asked about the Redskins’ offense with and without DeSean Jackson:] “I think that offense has changed different than what it was last year. … They’re a little more run-oriented this year because of their backs … They threw the ball a little bit differently in both games we played them last year.”

As the debate surrounding Washington nickname grows more progressive, it’ll be interesting to see if other teams follow the Eagles’ lead, eventually leading to a league-wide banning of the term. Dan Snyder is holding on for dear life, but this is a battle he will eventually lose.