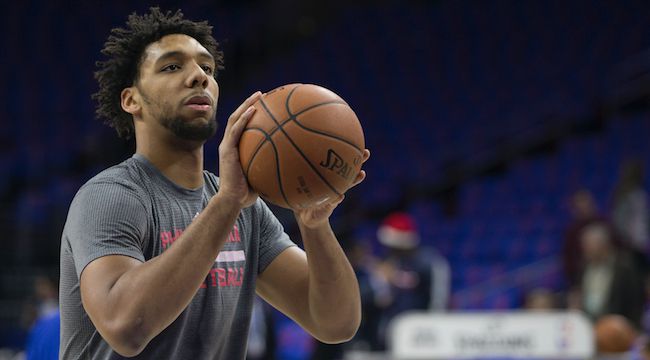 Jahlil Okafor has shown immense promise on the court in 2015-16, but that doesn’t mean his rookie season has exactly gone as planned. Considering this new intel, though, it’s safe to say the Philadelphia 76ers rookie isn’t totally surprised by the tumultuous start to his debut season, either.

Keith Pompey of the Philadelphia Inquirer reports that Okafor hoped to be selected by a team other than the Sixers in June’s draft.

Sources say that Okafor’s camp wasn’t in favor of him playing for the Sixers during the draft process.

According to multiple sources, Hinkie wasn’t permitted to interview Kristaps Porzingis during his predraft workout in Las Vegas in June.

Though Philadelphia’s “process” is far from finished, the jury is on its way back with a verdict on Hinkie. The Sixers hired league sage Jerry Colangelo as a personnel advisor in early December, and insiders believe the buck now stops with him as opposed to Hinkie when it comes to roster management going forward – regardless of Philly’s insistence otherwise.

And it’s the numerous off-court incidents involving Okafor, of course, that many believe prompted Colangelo’s appointment in the first place. The talented big man accosted verbal instigators outside of a Boston bar in late November, was pulled over for driving 108 miles per hour last fall, and reportedly had a gun pointed at his head in a separate incident, too.

Could the stench of playing for a sporting-world laughingstock led to the attitude change that’s seemingly afflicting Okafor? Certainly. And even more than the prospect of imminent losing, perhaps that possibility is why he wanted to avoid the Sixers from the beginning.