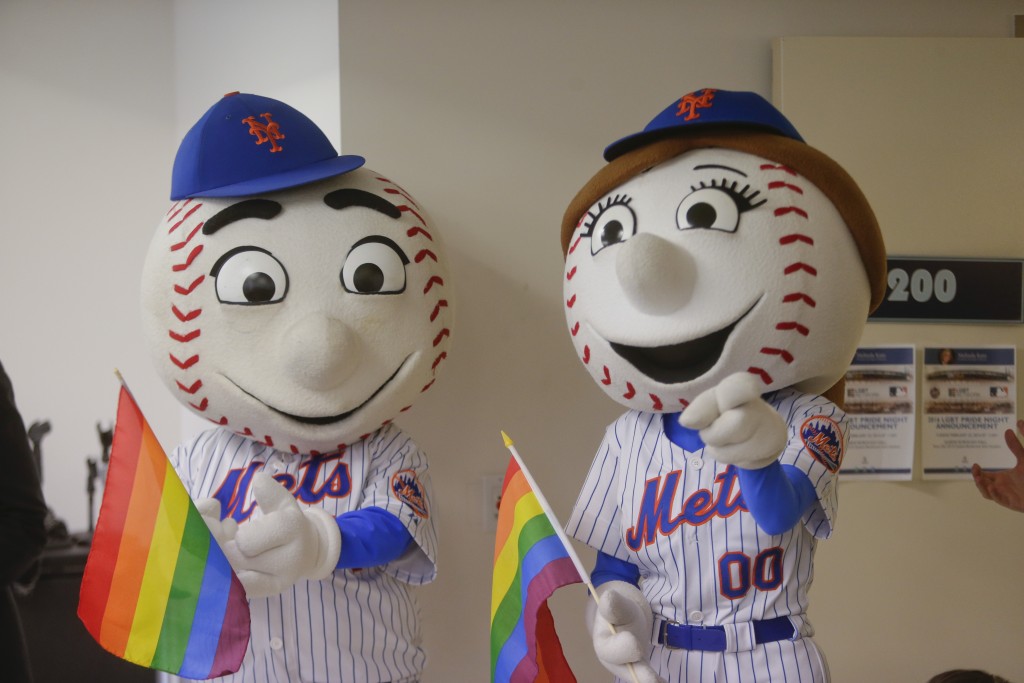 This week at Major League Baseball’s Diversity Business Summit, Fortune reports that the league is set to announce a partnership with the National Gay & Lesbian Chamber of Commerce (NGLCC).

The deal, which NGLCC spokesman Jonathan Lovitz called “historic,” will give LGBT businesses an equal opportunity to bid for MLB contracts and opportunities. To be certified by the NGLCC, a business must be 51 percent owned by an LGBT person or persons.

“The National Gay & Lesbian Chamber of Commerce is such a well-respected organization,” said Billy Bean, MLB’s Vice President of Inclusion and Social Responsibility, “and for them to feel that what they see in baseball is something they would want to align with, it’s a compliment for the work that we’re doing.”

“I’m just so grateful that baseball is open to it now,” Bean told Fortune. “I’m really optimistic about how they can help us and then how in turn that helps our community.”

Bean played in the major leagues on and off from 1987 to 1995, and in 1999 he became the first former (or current) MLB player to come out publicly as gay. He began working with the league in a formal capacity in 2014, as part of the league’s efforts to promote inclusiveness — or, more specifically, to help pave the way for the league’s fist openly gay player.

Though no active MLB player has come out, Sean Conroy became the first openly gay professional baseball player when he pitched a complete game shutout for the Sonomoa Stompers last year. And Bean helped advise David Denson, a minor league player who is part of the Milwaukee Brewers organization, before he came out last year.

Overall, it’s hard to deny that baseball is moving in the right direction. Several teams across the league have held LGBT Pride Nights or made videos directed at supporting LGBT youth and athletes.

As part of its Diverse Business Program, which has been around since 1998, MLB already works with nonprofits that represent female and minority business owners.

“The mission of the Diverse Business Partners program is to promote efficiency and profitability for Major League Baseball and its Clubs while extending Baseball’s ability to contribute to the economic growth, strength and well-being of diverse communities,” the league’s website reads.

Now, the businesses owned by members of the LGBT community will be given a chance to vie for the all-important MLB contract. The NGLCC already has a similar partnership with the USTA and the NFL during the Super Bowl.

“We take great pride in the fact that this not only puts us closer to Major League Baseball and the ability to bring innovative suppliers to their operation, but also that we get to work with incredible advocates and athletes like Billy Bean,” Justin Nelson, founder and president of the NGLCC, told Fortune.

Now that the MLB partnership is in place, Nelson is focused on forging partnerships with the NBA and WNBA.

“There’s a lot of work to be done still,” he said. “We’re going to put foot squarely on the gas pedal — not on the brakes — and work to use this as an opportunity to expand our vision, our mission, and our connections with sports entities, sports leagues, and major corporations.”