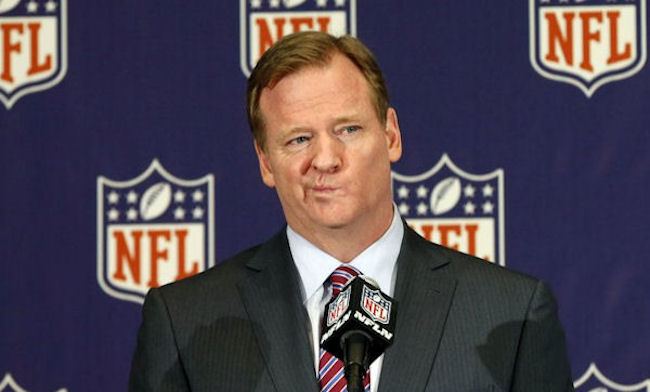 Today is April 15, but it’s not just a number on the calendar. Guess what else happens today! If you guessed National Glazed Spiral Ham Day, you’re technically correct, but also very strange. No, it’s Tax Day, the day where thousands of young Americans open up Twitter in the morning and say, “Oh crap, I forgot to do my taxes.” Well, those folks can be comforted in the knowledge that the NFL, the NCAA and many other professional sports organizations are having that same moment. Well, except for the, you know, paying them part.

Will Hobson of the Washington Post published a thorough breakdown of how and why large sporting organizations with revenues in the millions and billions don’t have to pay taxes. The short version is that the government considers them nonprofit organizations, which makes them exempt from income tax.

If you think this is unfair, then you have something in common with quite a lot of smart people, including members of Congress from both parties. Yes, both sides of the aisle agree on an issue, and they still haven’t been able to do anything, mostly because all of these very wealthy, powerful (non-profit!) organizations are fighting them at every turn, presumably with the piles of cash they have lying around in their vaults labeled “Should Have Gone To Income Tax.”

Let’s try to be fair here. Every NFL team is for profit, and they’re the ones who sell the tickets and the jerseys and make the money to be taxed. I mean, it’s not like you can buy merchandise that’s just for the NFL itself, right? Oh, they do, and it’s called (ugh) Shield Merchandise… 269 items, you say? Well, maybe we should hear what they have to say for themselves. In an email to the Washington Post, NFL Spokesman Brian McCarthy said, “The League Office has always been a nonprofit because it does not engage in income-producing or profit-making activity.” So, I guess all that Shield Merchandise is the NFL’s equivalent of Live Strong bracelets then… just raising awareness for the cause.

The NCAA, PGA, NHL and more each have their own exemptions, too, and I’m sure they’re just as dubiously justified. But only one of those organizations paid their top executive $44 million in 2014. Because Roger Goodell is such a great public servant, you see.