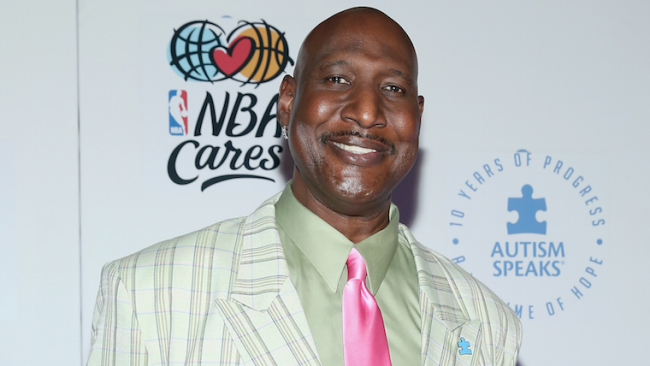 Philadelphia 76ers legend Darryl Dawkins has passed away, according to 69 News in Pennsylvania. A source close to the big man confirmed this awful development to the station. Dawkins is survived by his wife, Janice, and their three children. He was 58 years old.

Known for being the first player ever drafted out of high school, “Chocolate Thunder” enjoyed 14 NBA seasons with the 76ers, New Jersey Nets, Utah Jazz, and Detroit Pistons from 1975-76 to 1988-89. He then played professionally overseas until 1994 before joining the Harlem Globetrotters for a year, and followed that up with one season as a member of the CBA’s Sioux Falls Skyforce. After a three-year hiatus from the game, Dawkins finished his long and industrious playing career with the IBA’s Winnipeg Cyclone at the age of 43.

Though he was never named to the All-Star Game nor won a championship, Dawkins remained a visible representative of the NBA until his untimely death. He was a frequent guest judge of dunk contests across all levels of the sport, using his track record of thunderous jams and engagingly flamboyant persona to serve as a living legend of basketball’s aerial theatrics.

Dawkins, basically, was the first in a long line of thrilling, hulking dunkers like Shaquille O’Neal and Dwight Howard. Though he hasn’t been directly credited by the league for its implementation of breakaway rims in the early 1980s, the presence of Dawkins served as justification for the change. Why? Chocolate Thunder shattered the backboard during a game on two different occasions.
Needless to say, the entire basketball community mourns with news of Dawkins’ passing. He will be sorely, sorely missed. Our thoughts are with his family and friends during this difficult time.
Related tags : basketball Darryl Dawkins NBA Philadelphia 76ers