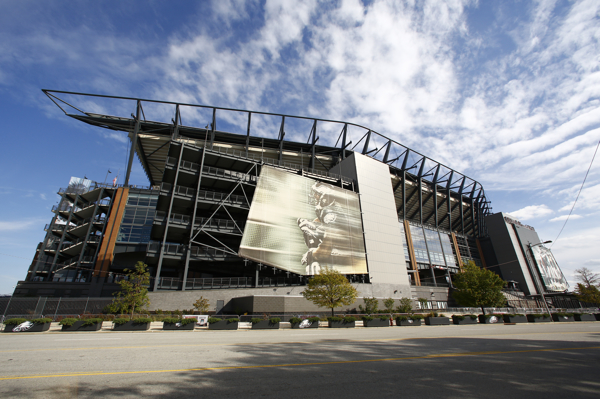 According to CrossingBroad.com, the city of Philadelphia has submitted a bit to host WrestleMania 34 in 2018. The story cites a WWE source that confirmed the bid, which is described as a “strong bid” to host.

If Philadelphia wins the bidding then Lincoln Financial Field where the NFL’s Eagles play would be the site of the event and would fit about 70,000 people or more depending on the setup. They would also host NXT and RAW events that would be held at Wells Fargo Center while WWE Axxess would take place at the Convention Center.

WrestleMania 32 in 2016 will be held in AT&T Stadium in the Dallas area and WrestleMania 33 in 2017 is rumored to be in Minneapolis’ new football stadium although that’s not a sure thing.

A possible issue with the Philadelphia could be the weather because it’s an outdoor venue on the east coast of the United States and it could be a cold night in late March or early April. There also could be precipitation whether it’s rain or potentially snow. WWE likely isn’t concerned that much because WrestleMania 29 in New Jersey is pretty close to Philadelphia and the weather worked out great for that event.

For now, just remember it’s only a bid and there’s still a lot of time before WWE would make a decision on a venue for WrestleMania 34 in 2018.