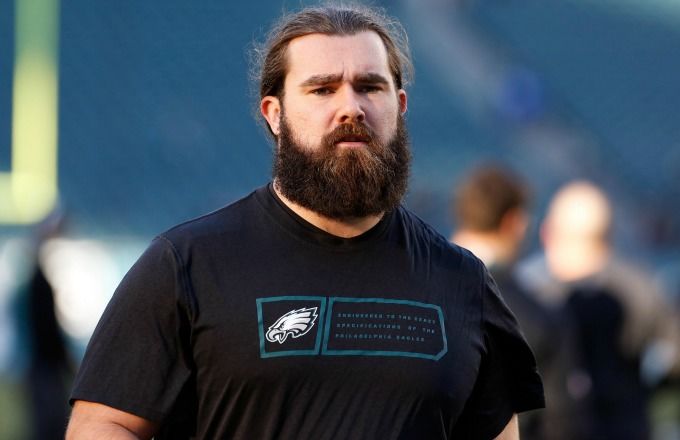 Yesterday, the Eagles held an introductory press conference for their new head coach Doug Pederson. Eagles offensive lineman Jason Kelce showed up at the press conference, and Philadelphia sports talk radio host Josh Innes of 94WIP didn’t like it for some reason. He felt as though Kelce was brown-nosing by showing up for it and called him out for doing it.

Normally, that would be fine. Silly maybe, but it wouldn’t be a reason for anyone outside of the Philly area to raise an eyebrow. Innes decided to use the worst analogy ever while discussing Kelce, though, and in doing so, he ended up referring to him as—welp—a “house Negro” while speaking with his co-host Hollis Thomas.

You can listen to Innes’ bizarre rant here courtesy of Crossing Broad, or you can read a transcript of it below (if your eyeballs don’t crawl out of your head and fall on the floor before you’re done reading):

Wait…what?! How did you…why did you…did you really just…

Sports talk radio isn’t really the best place to go for well-informed conversations. But even by sports talk radio standards, Innes referring to Kelce (a white man, if you couldn’t tell by the photo above) as a “house Negro” is just awful.