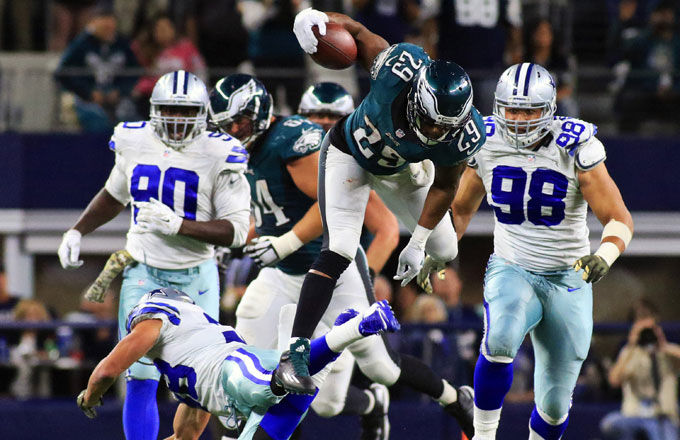 Seems like DeMarco Murray probably should’ve thought about this before signing with the Eagles back in March, but what’s done is done. Earlier this week, Murray talked to Philly’s owner, Jeffrey Lurie, about how terrible a fit he’s been in Chip Kelly’s offense, and how he believes the Eagles head coach lied to him when convincing him to join the team. Now the Philadelphia running back, averaging all of 3.5 yards per carry this season, reportedly wants to head back to Dallas, the city where he led the league in rushing just a year ago.

If the Eagles honor the duration of his contract (which they almost certainly won’t) he’d be stuck there through 2019. Asked about his supposed desire to return to Big ‘D’ Murray offered the type of platitude years and years of watching athlete interviews has groomed us to expect.

That type of cliche can only mean one thing: He definitely wants out.