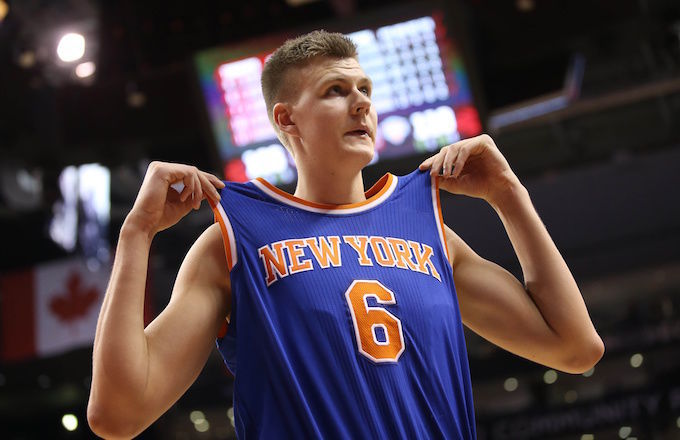 The Sixers had the third overall pick in the 2015 NBA Draft, and made what appears to be a fine decision by selecting Jahlil Okafor. He and No. 1 pick Karl-Anthony Towns were touted by just about everyone as being the two most solid choices, and for a Philadelphia franchise in desperate need of players with star potential, there was little reason to go against conventional wisdom.

Kristaps Porzingis, however, is showing signs that he may be the rarest of talents, a shot-blocking seven-footer who has no trouble at all draining shots from three-point distance. He went with the next pick to the New York Knicks, and may have been a consideration for the Sixers. But according to a report from Marc Berman of the New York Post, ownership was scared of how the fans might react to what would potentially be a controversial choice.

Sources have indicated Philly ownership was gung-ho to take one of the Big 3 — Karl-Anthony Towns, Jahlil Okafor or D’Angelo Russell — because taking another unknown European project may not have sat well with a disenchanted fan base.

There are plenty of reasons to choose one player over another, but fan reaction should be at the very bottom of that list. If the scouts and GM in Philly didn’t do enough homework on Porzingis to feel comfortable taking the risk, then that’s on them. But if those on the basketball side did like Porzingis, and were shot down by an ownership group that was scared of how the fans might have reacted? Well, then you can see why the Sixers are such a mess.