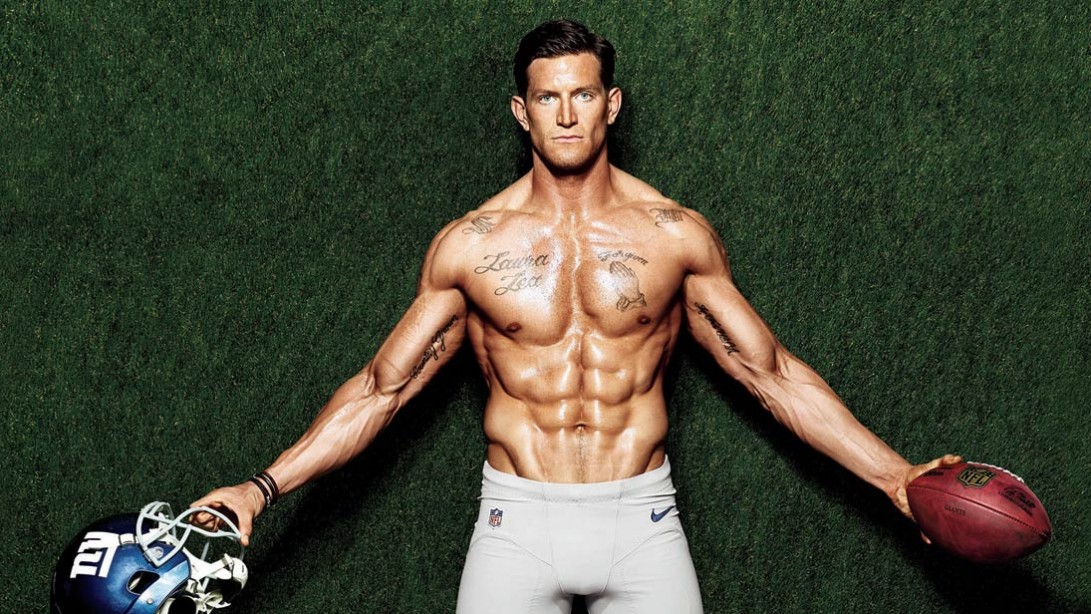 Being that LeSean McCoy is no longer a member of the Philadelphia Eagles, someone else needed to step up their trash talk to keep the rivalry between the Eagles and the New York Giants at a fever pitch. But who would it be?

Surprisingly enough, it’s Giants punter Steve Weatherford who, when he’s not busy bench pressing Rick Reilly, has decided to go on sports talk radio to say bad things about the Eagles. For example, on Friday, the punter went on WFAN’s Boomer & Carton show and said the following:

“I’m the biggest Tim Tebow fan in the world,” he said. “I mean, who wouldn’t want their daughter to date a guy like that? I’ll tell you want, I don’t want him taking snaps for my team.”

Then, he broke out the car metaphors for the rest of the Eagles quarterbacks.

“I’m gonna give you a Ferrari that maybe won’t be running all the time, or I’m giving you a nice Cadillac sedan,” he said. “It’s not the fastest but you know what you’re going to get out of it.”

Who’s the Cadillac? You guessed it, Mark Sanchez.

“[Sam] Bradford can go zero to 60 in three seconds,” he added. “But you don’t know if he’s going to start up some days.”

Weatherford added he’s heard a rumor Bradford is getting an extension and scoffed, “Good luck with that… Chip Kelly will get himself in serious trouble if they get an extension for that guy and he gets hurt? He’s done.”

BOOM ROASTED, Eagles quarterbacks. That punter owned you so hard.

If nothing else, the novelty of a punter talking trash makes this worthwhile. Perhaps Chip Kelly will put Tim Tebow on punt return duty and have him run into Weatherford for retribution. That seems as good a use for Teebs as any.