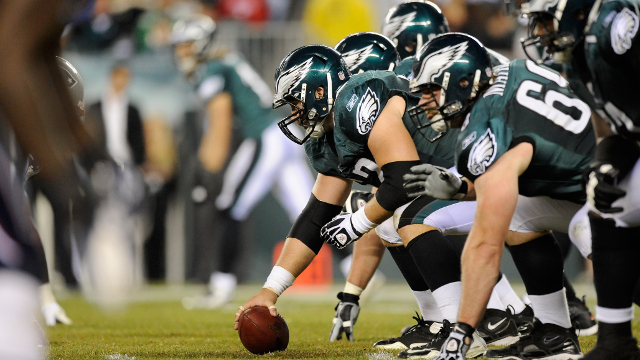 Last year, the Philadelphia Eagles organization was better at making Hollywood-style hype videos than they were at football. Their 2014 season kickoff video with Bradley Cooper and The Roots was the very definition of Philly pride. It made me want to run through a goddamn wall. Same with the 2013 “Brotherly Love” hype video.

And here we are. Last year was perhaps the biggest let-down of a season since… the playoff run in 2010, following the hype of the Miracle At The Meadowlands? Hell, the 2005 Super Bowl? I don’t know. All I know is that a wonderful Birds season turned into a mushy pile of hot garbage come December. And the off-season has been so filled with ups and downs, who the hell knows whether Chip Kelly really is the mad scientist football wizard everyone in SEPTA-country wants him to be.

Which leads us to this year’s official Eagles hype video for the 2015 season. It features a Brian Dawkins voiceover and plenty of motivational sayings about “doing work” that could be plastered on the walls of a crossfit gym. I think they wrote the entire script using quotes using one of those cheesy “Fitspirational” Instagram pages.

It gave me chills. But then again, these damn E-A-G-L-E-S hype videos have given me chills three years in a row and that’s accomplished absolutely nothing. Let’s hope the goddamn football team delivers those chills as well.