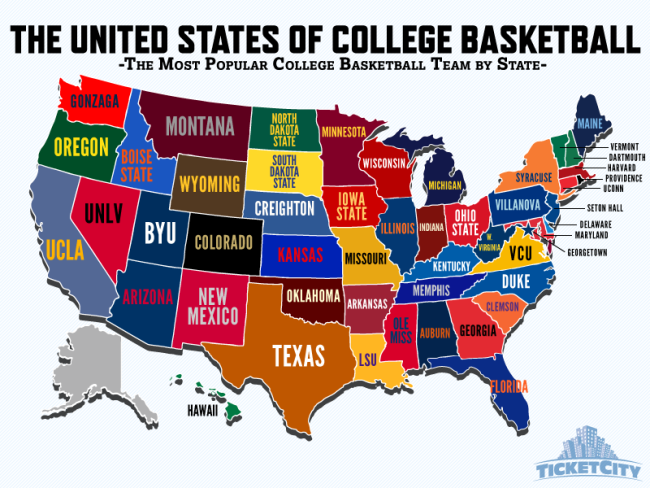 The folks at TicketCity have plotted which college basketball teams are the most popular in each respective state. By using Google searches, Facebook fans, Twitter followers, attendance, and other metrics, they were able to say with the same amount of conclusiveness that any other map like this can.

Smaller schools near the East Coast like Villanova and VCU beating out the larger state schools like Penn State and Virginia are fun, too. There’s a joke about Auburn being more popular than Alabama in these results out there somewhere. And you just knew Gonzaga was taking the state of Washington, didn’t you? Also, why doesn’t Alaska get a say? Maybe someday.

What do you think? Do you agree with the results?