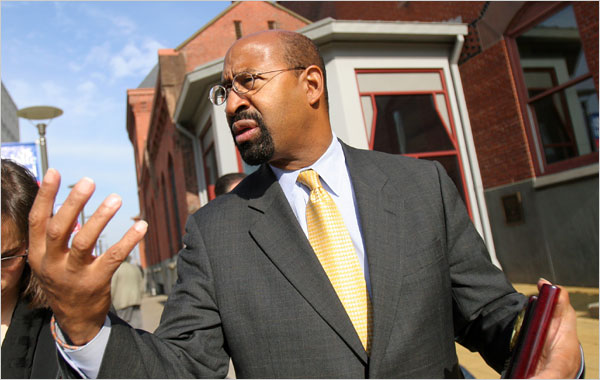 This year’s Wawa Welcome America! – part of Philadelphia’s July 4 celebrations – were headlined by Philly natives The Roots. One surprising person showed up to perform alongside the local legends: Philadelphia Mayor Michael Nutter.

The incumbent head of the City of Brotherly Love took the stage with The Roots for a performance of The Sugarhill Gang’s “Rapper’s Delight,” and he spit his ass off. Just look at him in the above video: There are no awkward motions, and he enunciates like a pro. He even dropped the damn mic because he knows he killed it. There’s a reason for this: Nutter, before he started a career in business and politics, worked in the city’s nightclubs and has recited the Sugarhill Gang classic on occasion.

Despite overseeing the fifth most-populous city in the U.S., as well as holding a degree from Wharton, we’ll go ahead and assume that rhyming one of hip-hop’s greatest songs alongside the Legendary Roots Crew was a career highlight for Nutter. It’s not often one can pull off being the coolest dad at the rap concert and then be applauded for it.