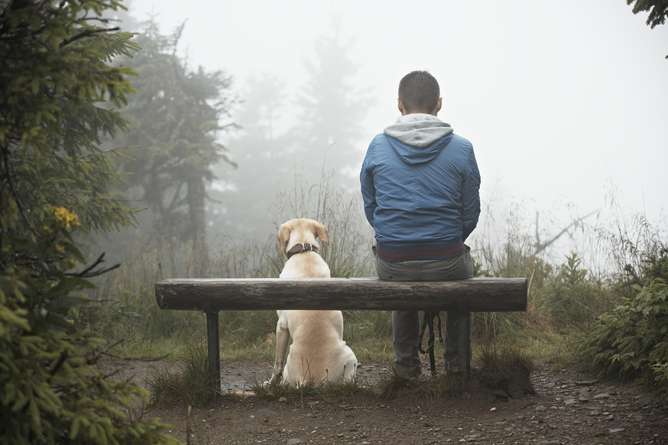 Can dogs tell when we are happy, sad or angry? As a dog owner, I feel confident not only that I can tell what kind of emotional state my pets are in, but also that they respond to my emotions. Yet as a hard-headed scientist, I try to take a more rational and pragmatic view. These personal observations seem more likely to result from my desire for a good relationship with my dogs.

The problem is that studying emotional interpretations and responses across two interacting species is very difficult. For one thing, you can’t ask a dog how it’s feeling. So while many people can describe how their dogs respond to their emotional states – typically in ways we humans consider appropriate and perhaps even desirable – scientific evidence and explanation for this ability has mostly been elusive.

However, a new study, published in the journal Biology Letters, suggests that dogs really can recognize emotions in both humans and other dogs using visual and audio cues. Scientists have already documented chimpanzees’ and Rhesus macaques’ ability to identify emotional states among their own kind. But this is the first study to demonstrate that any animal can tell how members of another species are feeling.

What we did know already was that dogs can discriminate between different human facial expressions and sounds associated with specific emotional states. By investigating the time dogs spent gazing at images of people and dogs paired with specific sounds, the new study attempted to explore whether dogs could recognise entire emotional states. Each image was paired with an emotional sound that either matched or did not match the facial expression in the picture. Where dogs gazed longer at images with matching sounds, this was interpreted as an ability to put the two things together and identify the emotional state.

One key element of the study was that the dogs did not have prior training or familiarization with the task, suggesting an intrinsic ability to recognize emotions. But, interestingly, the study dogs did have a more significant response to conspecific (dog) stimuli than to heterospecific (human) stimuli.

It’s well understood that dogs are supremely good at reading and responding to human body language and possible intent (just ask anyone who has picked up a dog lead or dog bowl in front of their pet). Dogs can also demonstrate strong behavioral attachments to owners and react differently in cognitive tests based on the presence and behavior of the owner. This suggests that dogs have evolved the ability to use their human companions as social support systems in unfamiliar situations. So the ability to identify human emotional cues would be a significant addition to this skill.

However, dogs are also likely to have learned that if they respond to their owners’ sounds and facial expressions they will be treated in a certain way. The classic example is of a dog that has disobeyed an order displaying what appears to be a “guilty face”, as a way of appeasing its owner when scolded. How much this learned behavior plays a role in dogs’ responses to human emotions is, I suspect, something that we can’t fully determine, although the study goes some way to acknowledge canine abilities in this area.

Humans and dogs have lived and evolved together for at least 15,000 years and probably much longer. Given this, and the close bond that many people have with their dogs, it may not come as any surprise that dogs appear to have developed this skill in recognising human emotions.

This ability is likely to have been very important in helping dogs become accepted by humans and integrate into our society and culture, bringing enormous benefits on both sides. Dogs are likely to receive greater care from their human companions if their bond is enhanced by the dogs’ apparent empathy. The humans, meanwhile, receive unconditional companionship and emotional validation from their canine counterpart. Undoubtedly, this study further adds to our understanding and appreciation of the cognitive abilities of “man’s best friend” and highlights the mutually beneficial relationships we often have with dogs.