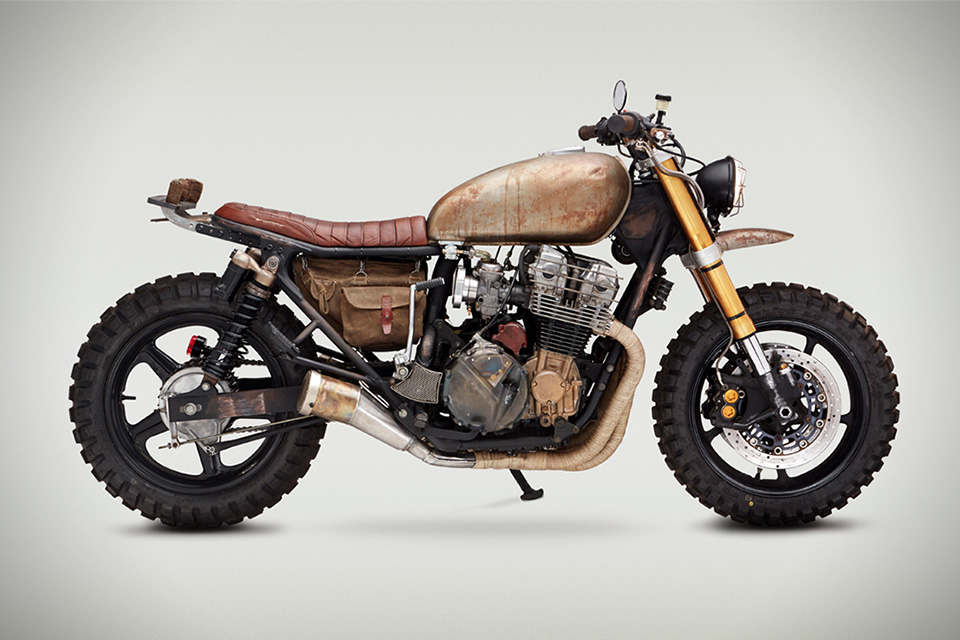 Well into its 5th season, AMC’s The Walking Dead is still going strong as ever. And if you watch the show, Daryl Dixon is a man that needs no introduction. The crossbow wielding badass from the hit series has teamed up with with the beloved crew at Classified Moto to construct this motorcycle specifically for the show.

Daryl Dixon (played by Norman Reeedus) is a huge motorcycle enthusiast, both in the show and real life. If you’ve been keeping up with the show (trying to not to reveal any spoilers here), you’re well aware that he was just gifted a motorcycle from his new found friends of Alexandria. Those of you paying attention may have noticed that the bike is a beautifully built 1992 Honda CB750 Nighthawk, and that was no accident. Mr. Reedus contacted Classified Moto for the build, with the goal to create a post-apocalyptic ride that’s worthy of a real gear head. The finished product is just that, using parts from Kenda, Yamaha, and Progressive Suspension along with stock parts from Honda. Of course what would a bike built for Daryl be without custom crossbow mounts?