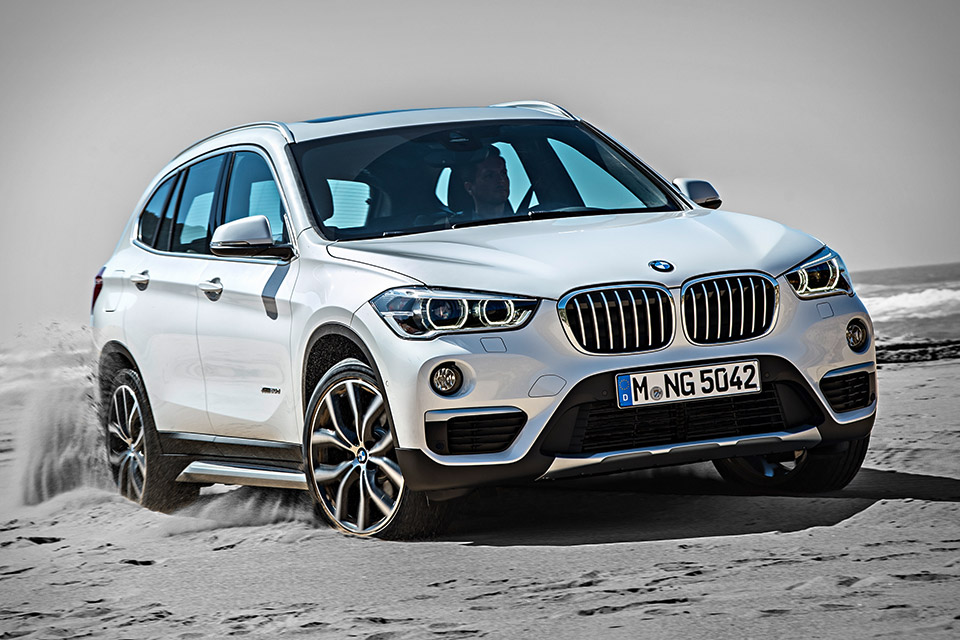 The offroad capability of an SUV in a city-friendly form. That’s the idea behind the 2016 BMW X1, the second generation of BMW’s compact trail climber. Improvements include way more room for both passengers and cargo, a taller body with a raised seating position that gives a better view of the road, and a series of five new four-cylinder engines — two gas, three diesel — offering between 150 and 230 hp, and paired with either a six-speed manual or eight-speed Steptronic transmission. More aggressive body styling, a re-engineered xDrive all-wheel-drive system, and available Head-Up Display and Driving Assist features round out the highlights of this all-new model.