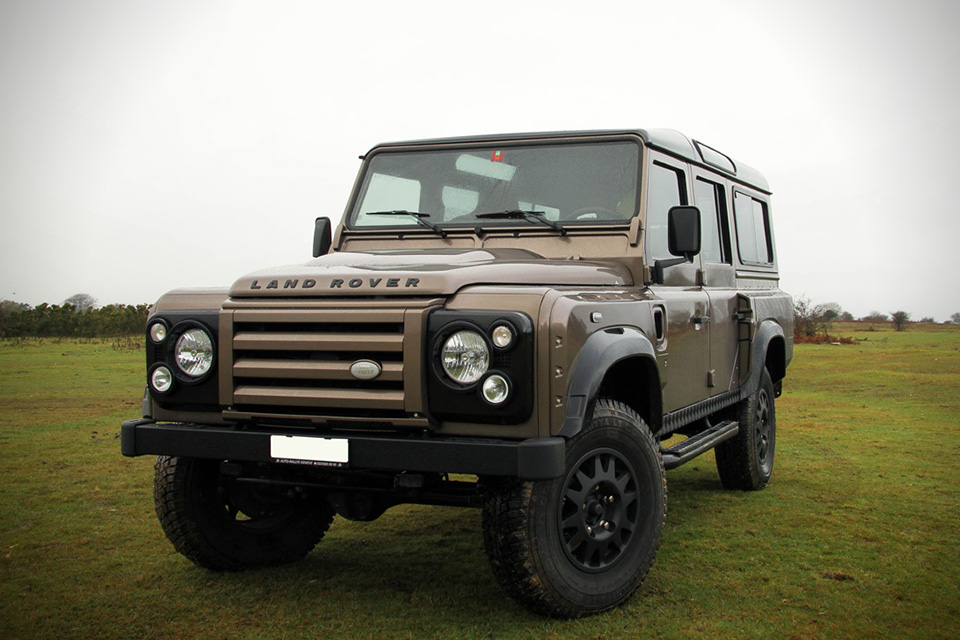 The Defender’s off-road skills are unquestioned, but now, thanks to the aftermarket specialists at UK-based Wildcat Automotive, this rugged vehicle has blow-by-you abilities. That comes courtesy a Chevrolet Corvette-sourced 6.2-liter LS3 V8 petrol engine which replaces the stock diesel engine, while the gearbox has been swapped out for a GM 6L80 six-speed automatic. This setup yields 430 hp and more than 398 lb-ft of torque at 4,700 rpm. Not enough for ya? Wildcat offers additional upgrades that can take your Defender to more than 550 hp. The existing vehicle management system is reconfigured to sync up with the new engine and gearbox, so all existing instruments and controls are just as they are in the standard Defender. Watch the video below.