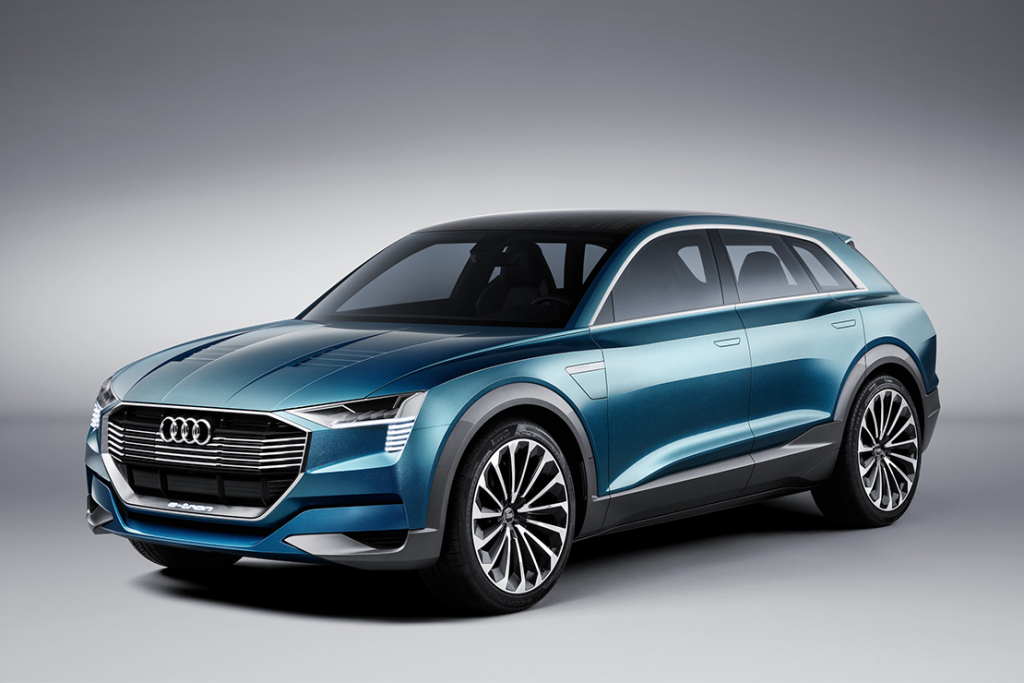 After unveiling its Allroad Shooting Brake E-Tron Quattro more than 18 months ago, Audi opened IAA 2015 in Frankfurt with its latest concept: the E-Tron Quattro. Essentially a four-door SUV version of the aforementioned Shooting Brake-style vehicle (complete with a matching paint job), Audi’s all-electric SUV is expected to be able to travel more than 300 miles on a single charge and boasts three electric motors (one for the front axle and two for the rear) capable of up to a 370 kW output — the equivalent of 496 horsepower. The concept even offers 590 pound-feet of torque, making it much more powerful than your average plugin SUV. As for acceleration, the E-Tron Quattro can hit 62 mph in just 4.6 seconds, though top speed is electronically limited to about 130 mph. Additional details include a 50-minute charging time for the 95-kWh battery pack (via a 150-kW DC fast charger) while Matrix OLED lights make their debut on the concept. The design even includes a solar roof to add extra oomph to the battery.

The conceptual design offers a glimpse of what auto aficionados can expect of the eventual production model, which is currently slated for an early 2018 release. For a look at Audi’s full press release for the E-Tron Quattro Concept, head on over to Autoblog.