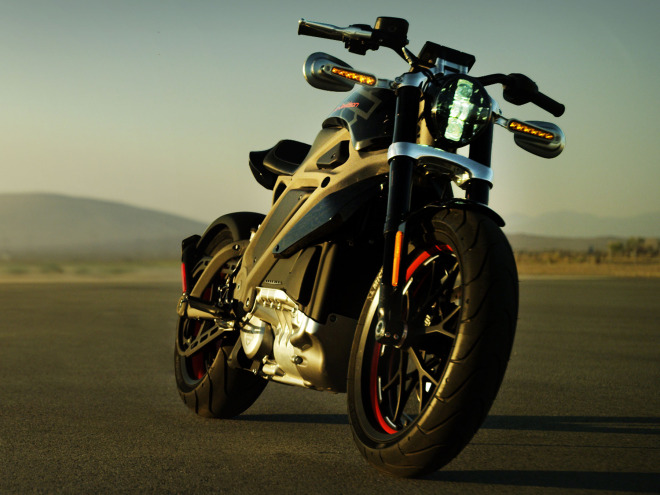 Harley-Davidson wants to attract new riders, and thinks one way to do that is with an electric motorcycle. Dubbed Project LiveWire, the first battery-powered bike out of Milwaukee isn’t officially headed for production, but it has just wrapped up a tour of the US, designed to introduce the public—from traditional hog riders to total noobs—to the idea of an electric Harley. On Monday, the company announced it’s expanding the tour to Europe, bringing this bike one step closer to reality.

We spent an afternoon on the LiveWire back in June and came away impressed. Swapping the classic Harley 60-degree V-twin engine for a longitudinally-mounted, three-phase AC induction motor, it offers an entertaining blend of power and comfort. Plus 74 horsepower, 52 foot-pounds of torque and a (governed) top speed of 92 mph. It goes from 0 to 60 mph in under four seconds and has a range of 53 miles.

The specs could easily change—this isn’t a production bike, after all—but there’s good reason to think LiveWire, or something very similar, will soon be in dealerships. Electric motorcycles are slowly picking up in popularity. Startups like Zero Motorcycles and Brammo have proven they appeal to young, urban riders. Even big players like Yamaha are trying it out. So Harley’s dipping a steel toe boot in the water.

The goal of the LiveWire tour is to find out if people actually want this thing, and the answer so far seems to be yes. “Consumer and media response has been overwhelmingly positive,” says Ken Ostermann, GM of global marketing operations. Some 6,800 riders have already thrown a leg over the LiveWire and taken it for a test ride. 8,600 more have tried the “Jumpstart Experience,” twisting the throttle and listening to the not-unsatisfying whine of a stationary mounted motorcycle with the rear wheel on rollers. That sounds kinda lame, but it’s not a bad way to expose the bike up to those who have never ridden before. It’s all about expanding the market.

Harley has captured the middle-aged (and aging) white guy demographic, and it needs to diversify its customer base to grow sales. Part of that is new riders, and a big part is going overseas. Harley’s sales in Europe, the Middle East, Africa, Asia Pacific, and Latin America grew twice as fast in 2014 as those in the US, which is just what the company wants. It’s sending LiveWire abroad because it needs “to understand from our globally diverse set of riders what they’re looking for out of Project LiveWire, not just our traditional customer base,” says Ostermann. “Our intent is really to expand the pool of folks who are providing input.”

Later this week, Harley will host a ride event for media, dealers, and some customers at the Sepang International Circuit in Malaysia (on closed roads, not the actual track). In May, it will start the European tour, with stops in the UK, France, Italy, Germany, and Holland. Given that the completely awesome, (Google-provided) translation of LiveWire into Dutch is draad onder stroom—and that electric motorcycles are just plain cool—we’re hoping the Europeans are on board.