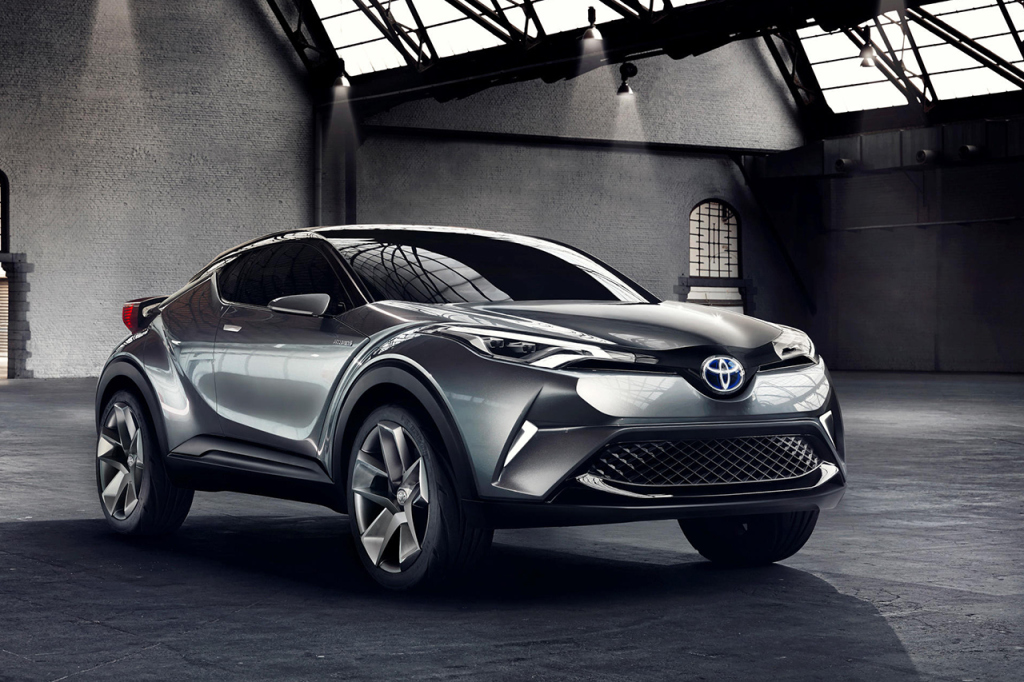 Toyota reveals an updated version of its C-HR concept hybrid crossover at the ongoing 2015 Frankfurt Motor Show. Inspired by the cuts of a diamond, the C-HR Concept features polished edges and chamfers resembling those of a precision-cut gemstone, incorporating the Keen Look and Under Priority elements of Toyota’s design language. As a design study, Toyota hopes that the C-HR Concept will carve out a new image of compact crossovers in an increasingly homogenous market. The five-door compact has been engineered towards a goal of an engine that is over 40% thermal efficient, thanks to a smaller and lighter hybrid motor and battery system. Toyota is planning to have a production-ready model exhibited at the 2016 Geneva International Motor Show, with plans of a mass-market version in the not-too-distant future.