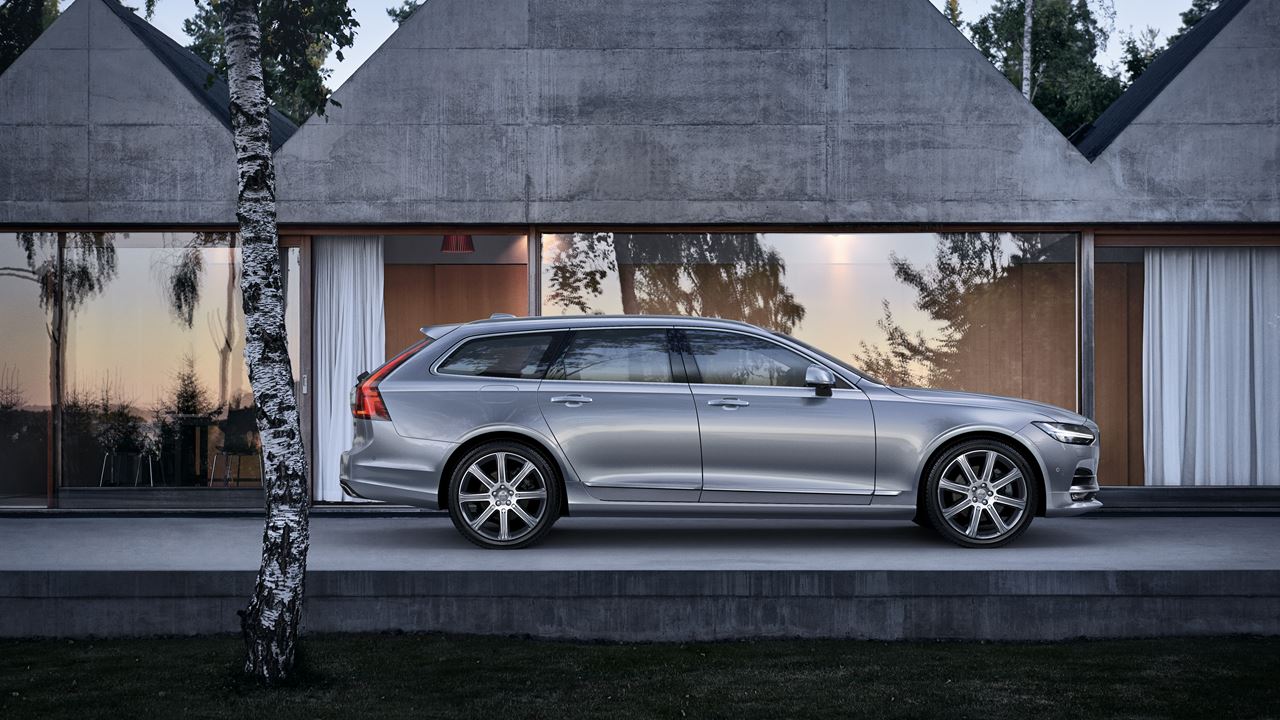 When we think of Volvo cars of old, memories of the Swedish carmaker’s boxy station wagons come flooding back. They’re few and far between now, but Volvo has decided to usher in a new era of family estate vehicles with the introduction of the V90. Making its debut ahead of the Geneva Motor Show, the V90 – with its contoured shape and sleek aesthetics – modernizes the silhouette while invoking the practicality of its predecessor. Built on Volvo’s new Scalable Product Architecture, a modular platform available throughout a variety of models, the V90 features a range of engine options, including a 410-horsepower T8 gas plug-in hybrid, semi-autonomous technology to assist drivers, and more than enough trunk space.