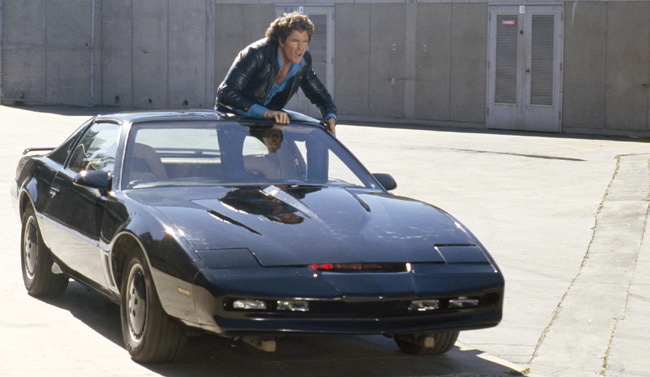 If you answered yes to all (or most) of those, then there’s some good news coming your way: The original car from Knight Rider, KITT, is hitting the auction block later this month. TheWrap has the details.

The T-Top TransAm, which boasts a keyless ignition system, along with studio-created instruments, controls and monitors, is estimated to fetch between $200,000 and $300,000.

And if that seems a bit steep, keep in mind that the unit will include call sheets and maps indicating when the vehicle was used on the NBC show and which cast members were present.

I dunno, man. For $300,000, I think I’d also want William Daniels crouched down under a blanket between the passenger seat and the dashboard, giving me advice and occasionally sassing me. I’m a sucker for authenticity.