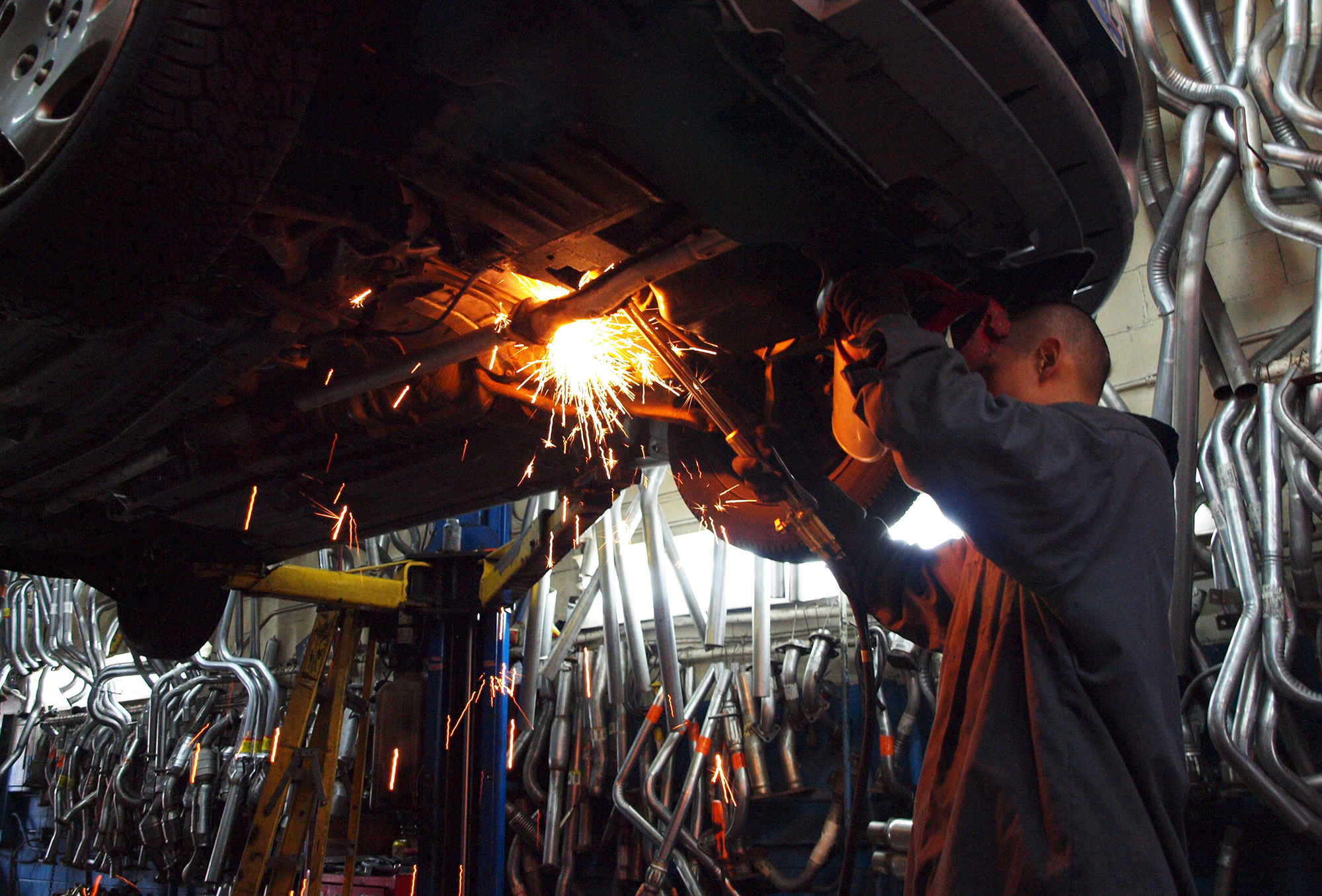 Most mechanics are decent and hard working people who want to do their job, do it right, and go home. As in any other industry, though, a few bad seeds that are bereft of scruples see your lack of automotive knowledge as a weakness that can be exploited for profit. If your mechanic tries any of these games, you might want to get a second opinion.

1. Telling you your brake rotors need to be replaced, when they don’t

If this is the first time your car’s brakes have been serviced and if the rotors don’t have any deep ridges that you can feel with your finger (on most cars you can see and feel your rotors through the hubcap), your mechanic should be able to put them on a lathe like the one shown here, scrape off a layer of metal, and use them again. It’s called “turning your rotors,” and it’s a hell of a lot cheaper.

There was a time when changing your spark plugs was essentially an annual event. That’s because engines didn’t burn fuel very efficiently, and plugs would become fouled with carbon buildup. That simply doesn’t happen with today’s engines. If your car has under 100,000 miles and your mechanic says it needs new plugs, either there’s an underlying problem causing it that he or she should be telling you about, or your mechanic is the problem.

3. Emotionally blackmailing you into a repair

Don’t fall for lines like “I wouldn’t want to take my kids in that,” or “it’s against the law for me to let you drive that without fixing this,” which is a boldfaced lie. Even if your car is in legitimate need of repair in the immediate future, if you’re not having difficulty driving it, you’ve likely just exposed your mechanic’s shady side. Take it somewhere else immediately for a second opinion, but don’t tell them what the first person said until after they’ve had a chance to look at everything.

Additives have a time and a place, and with a few exceptions, they’re not going to hurt your car. That said, they’re not going to magically make it perfect again, either. If there’s a specific issue that your mechanic is trying to fix, like using fuel additive with extra detergents to avoid a more costly cleaning measure, that’s one thing. If the aim is simply to “make it run better,” you either need an explanation, or you’re the one who should be running.

5. Sucking you in the door with free tire rotation or winter inspection

Whenever you see an ad for a loss leader services, what you’re usually getting is an attempt to get you through the door, so the shop’s mechanics can go over your car and find as many things as possible that need fixing.

By and large, there’s nothing wrong with remanufactured parts. If you’re just concerned with getting the car driving again, they can be a great way to save money… unless your mechanic wants to charge you the same price that a shiny new part costs. Check up on prices: hit up sites like RockAuto.com and see how much you can get the new part for, as opposed to the remanufactured one.

7. Perpetually chasing down your problem

If your mechanic suspects part X will fix your problem, and it doesn’t, be very leery of any additional repairs. While we’re all human and mistakes do happen from time to time, you shouldn’t have to pay for that mistake. If you’re okay with this, it can be very easy for your mechanic to rack up a huge bill while changing every other part out in the vicinity.

8. Not grouping repairs when calculating labor

There are some parts, like the water pump, that aren’t always easy to get to, which means removing other parts to get to the one in question. If some of those other parts are old or showing obvious signs of wear, changing them out at the same time makes sense. What doesn’t make sense, though, is charging you again for the labor on that other part when it was already part of the procedure for the first piece.

If the estimate doesn’t list out exactly where each labor charge is coming from, that could be a red flag, and it might be worth asking the mechanic about it — or asking a different mechanic entirely.