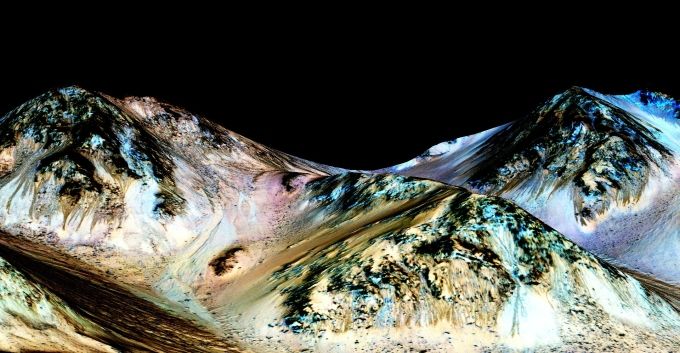 Mars, our dear old friend and elusive spectacle, has finally delivered some astoundingly good news for the future of mankind. According to a paper published in the journal Nature Geoscience, scientists have discovered “definitive signs of liquid water” on the surface of the notorious red planet. This means that, in addition to its boastful status as the most expensive advertising campaign for a Matt Damon film of all time, Mars has actual water.

“This, I think, gives a focus of where we should look more closely,” Dr. Alfred S. McEwen, the principal investigator of images taken by NASA’s Mars Reconnaissance Orbiter, tells the New York Times. Dr. McEwen and his team of Matt Damons scientists revealed the discovery of waterlogged molecules, a type of salts known as perchlorates, using readings from orbit.

“That’s a direct detection of water in the form of hydration of salts,” Dr. McEwen confirms. “There pretty much has to have been liquid water recently present to produce the hydrated salt.” As for how recently that water was present, McEwen’s estimates point to some time within the last few days, or “something of that order.”