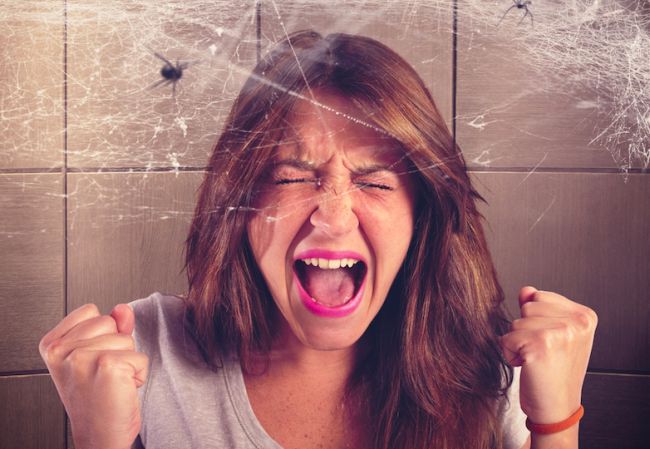 Science has confirmed what anyone who’s heard a scratching nose in their ear already knew: We’re never alone. You might think you’re spending a nice, quiet evening by yourself on the couch at your home, but nope. All around are hundreds of spiders, flies, ants, beetles, centipedes, and other arthropods.

A team of entomologists at North Carolina State University moved fridges and lifted carpets, and discovered that the average American home was “inhabited by 579 different types of arthropods,” or 100 arthropod species. U-S-A?

“We were pretty surprised with what we found, such as the smallest wasp in the world, which is just 1mm long,” (entomologist) Matthew Bertone] said. “I saw a lot of things in homes that I had never seen in the wild before, things we’ve previously tried to trap. There is a weird species of beetle, called telephone pole beetles, where the babies can produce babies. And tiny crickets called ant-loving ants because they are found near ant nests. I’ve never seen one of those before.”

Telephone pole beetle babies making telephone pole beetle babies. The research was conducted in Raleigh, North Carolina, and only included homes up to 5,000 square feet in size; apartments were ruled out “due to the shared bugs within apartment buildings.” Well, looks like it’s time to burn down my complex. Except then I’ll be outside, where there are even more spiders. There’s no winning, is there?