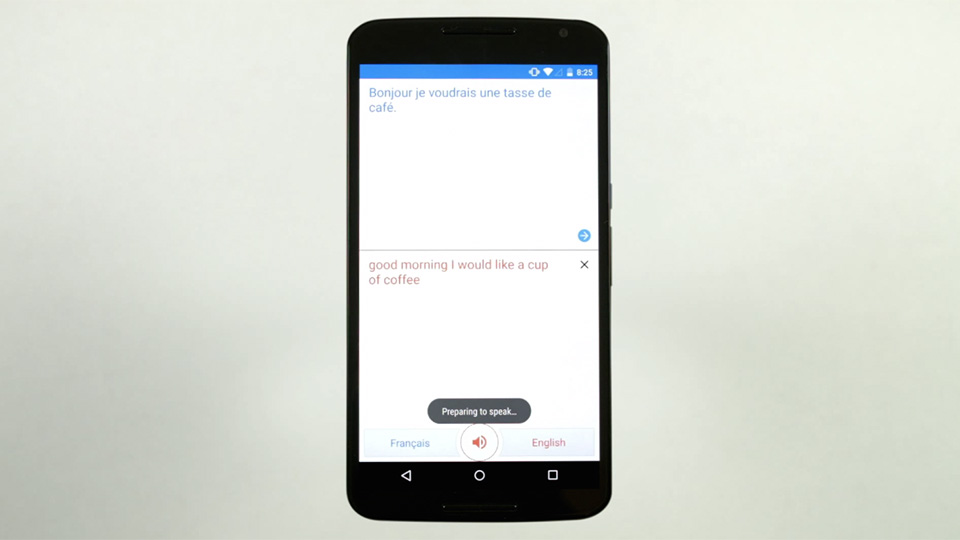 Google will release an update to its translation app that should greatly improve the quality and speed of service, while also hewing closer to how the application was envisioned – as a fluid translation device for live conversation. New features include a translation service for the written word that operates through the device’s camera. As for the spoken word, the app’s (nearly) simultaneous translator allows for less disjointed, more correct renderings in the other speaker’s language. Although the service may not be as quick as the video purports, improvements such as these make the future seem closer than ever.

According to Google, these features will be rolled out over the course of the next few days.