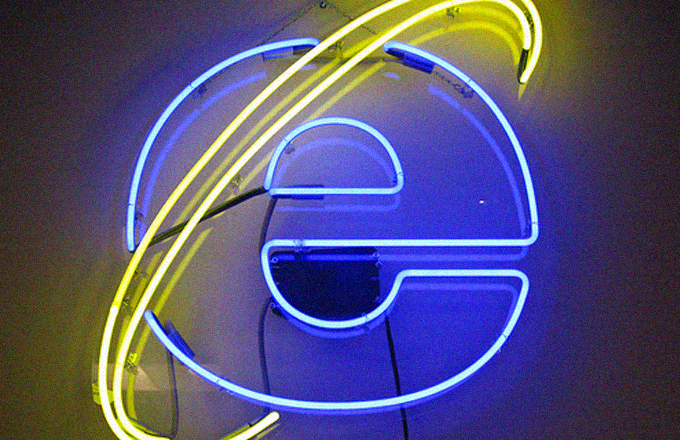 Internet Explorer is sputtering toward its miserable, embarrassing end.

While the news leaked months ago on social media, Microsoft just made it real; they announced yesterday that starting to phase out the jalopy of a browser just before it hits its 20th birthday later this year. While some have said that the program is dead, that’s a bit of an exaggeration as of now, but it’s definitely on life support, and Microsoft has its hand loosely on the plug. IE will still exist on some versions of the new Windows, but it’ll have to share some hard drive space with its shinier successor, the new Microsoft browser codenamed “Project Spartan.”

Spartan will be the new default browser in Windows 10, and as it gets all of the attention in the coming year, IE will sit buried away in a folder somewhere collecting digital dust, being pulled out by someone because they had to for legacy reasons, like when you clean off the VCR to watch the tape of your sixth birthday because you’ve been too lazy to figure out how to transfer it to a computer. Yet, the day will come—two or so Windows versions from now—when the plug will be removed for good, and IE will take its seat next to the other Microsoft flops (ahem, Zune), in technological purgatory. Don’t act like surprised. IE had it coming, baby.