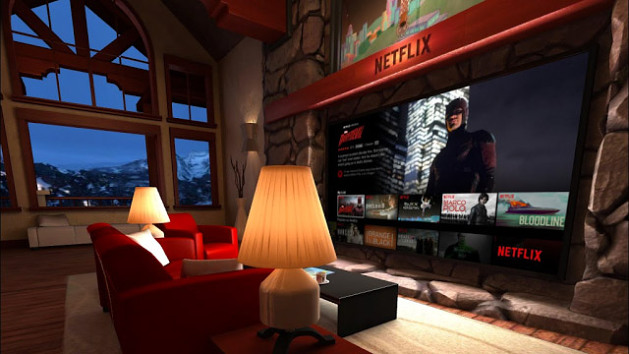 At yesteday’s Oculus Connect 2 event, the virtual reality company announced that customers will soon be able to enjoy their favorite streaming apps in VR, beginning today with Netflix. Applications for Hulu, Vimeo and Twitch will also be arriving soon, in addition to other big-name companies in the future.

Viewers will be able to transport themselves to various settings in order to get a more unique experience while streaming. Think of being placed on the blue couch in Jerry’s apartment while catching an episode of Seinfeld, or maybe even the White House while watching Frank Underwood rustle feathers on House of Cards.

The Netflix VR app is now available for Oculus and Samsung Gear users.